Editorial: Greek judges a beacon for the world

The ruling in the Golden Dawn case vindicated those few who stood firmly against a burgeoning fascist current when the many remained silent, either out of fear or for opportunistic reasons. 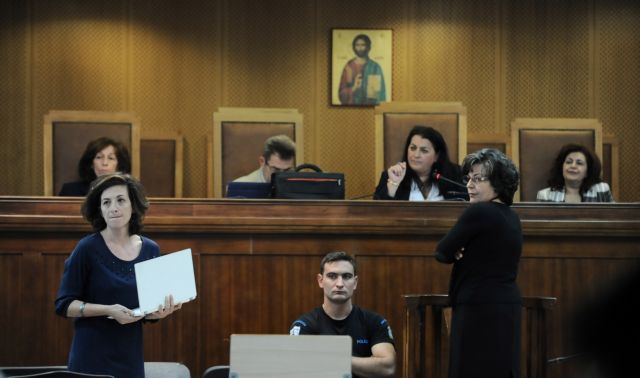 The Greek justice system has delivered its decision. Golden Dawn is a criminal organisation.

The ruling of the three-judge appellate court for felonies was the second and decisive blow for the neo-Nazis.

In the July, 2019 general election voters had already banished Golden Dawn from Parliament as they had discerned the true nature of the party.

The judges’ ruling is based on the law and jurisprudence and is in line with the public’s sense of justice and the unprecedented facts of the case.

It had a strong impact internationally as the foreign press spoke of an “historic decision”.

The judgment of the court was a vindication first and foremost for Magda Fyssa. The cold-blooded murder of her son Pavlos, an anti-fascist rappper, by Golden Dawn member Yorgos Roupakias backed by over a dozen of the organisation’s storm troopers was what set in motion a five-and-a-half year Odyssey that led to the convictions.

The ruling also vindicated those few who raised their voices and stood firmly against a burgeoning fascist current when the many remained silent, either out of fear or for opportunistic reasons.

It is a proud victory for democratic institutions and the rule of law.

Still, the court’s decision as many have stressed must serve as an opportunity to rethink the critical issues involved.
One must seek the causes that allowed this monstrosity to burgeon so that one can nip in the bud similar threats should they arise in the future.
This quest must begin immediately with an upgrading of the educational system.

The battle with hatred, prejudice, and all manner of violence must be perpetual.

Otherwise fascism «once again will spread like cholera using our carefree stance as a stepping stone».

That is exactly how the scourge known as Golden Dawn grew and it took the cold-blooded murder of Pavlos Fyssas to awaken and mobilise people.

Adopting a posture of indifference and tolerance in the long run is tantamount to being an accomplice.