Editorial: The irrationality of school occupations 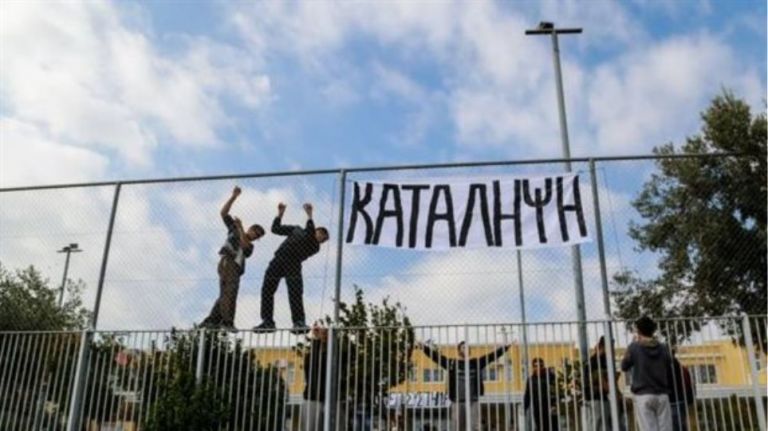 The sit-ins that have been staged since the beginning of the school year at hundreds of schools nationwide obviously harm the weaker classes.

From the early 20th century movement to establish the demotic Greek language (in lieu of the 19th century puristic Greek construct – katharevousa – that was based on ancient Attic Greek) to the great educational reforms in the era of statesman Eleftherios Venizelos, the ties of Greek society with state-run schools have been very deep.

They became a window of opportunity for all citizens – especially the poorer classes whose fortune was grim – to progress.

The dynamic evolution of public education was such that it could not be hindered by either the Nazi occupation or the Greek Civil War.

It progressed more dynamically in the post-war era and the great wave of reform was completed in 1964, when Georgios Papandreou was prime minister, with the reforms instituted by Papandreou, Loukis Akritas, and Evangelos Papanoutsos.

Tuition for studies at Greek universities was eliminated at that time.

Millions of Greeks benefited from this wave of progressiveness in the state-run education system for decades.

State schools offered young Greeks the opportunity and the equipment to change their lives and to rise on the social ladder.

The post-war generations owe their progress to the free state-run education system, which in Greece may be the most effective tool in efforts to reduce social inequalities.

In that sense it is necessary – especially for those who speak in the name of the people and are supposed to uphold their interests – to defend it.

The sit-ins that have been staged since the beginning of the school year at hundreds of schools nationwide obviously harm the weaker classes.

The operation of states schools is being undermined by their supposed defenders even as the country is struggling to confront the public health and economic crises.

Instead of parties that are considered progressive working to bolster public education and demanding that they function as smoothly as possible they are doing everything in their power to achieve the opposite.

The pandemic since last spring already had a negative impact on the education of students.

Their very poor performance in nationwide university entrance exams was a clear indication that state schools have been harmed and downgraded.

The new school year has begun in the worst possible manner amidst disruptive sit-ins that are a burden mainly for poorer students and families.

Those who support the occupation and shut-down of schools in the name of irrational and sterile “struggles” should know that they are harming public education and schools.

That is confirmed by the fact that after many years parents are lining up to enroll their children in private schools.

One would have expected left-wing parties to be working hard to bolster public education especially in such difficult public health and economic conditions instead of supporting actions that ineluctably lead to state-run schools being degraded.

The time has come for these to change as well and to find a new orientation.

Demands should be pursued in a different manner, a manner that aims at cultivating creativity instead of pursuing exercises in destruction.