Editorial: When will Europe react?

Turkey occupied part of Syria thanks to an agreement with the US and Russia and it signed an illegal agreement supposedly delimiting the two countries’ EEZ’s, even though they are not contiguous. 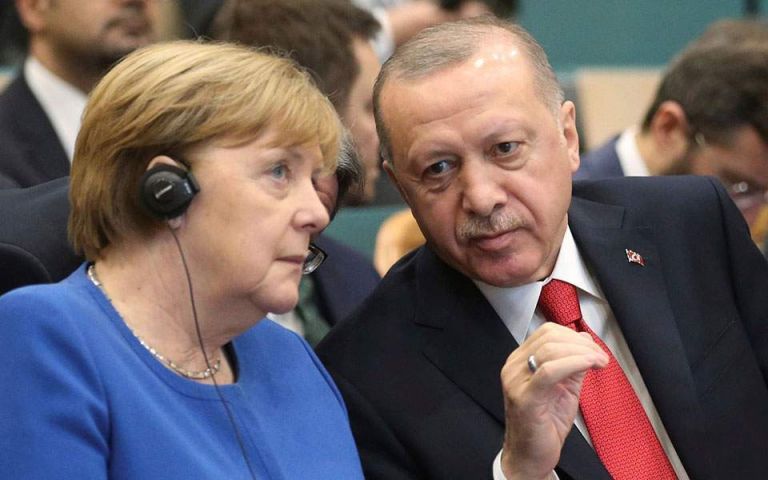 For a number of years Greece’s calls for sanctions on Turkey have fallen on deaf ears.

Greece’s reactions to escalating Turkish provocations have not moved her European partners.

At best the EU’s reaction is limited to lukewarm recommendations. It has buried its head in the sand even as it observes a mounting threat.

For their own reasons, the EU, NATO, and the US have chosen the course of appeasement and now the results are obvious every day.

Exploiting the passivity of the big geopolitical players and the huge shifts on the global geopolitical chessboard, Erdogan is making his moves almost unhindered.

Full of self-confidence he is implementing his grand ideas and is imposing his agenda on others.

Before the decision to turn the museum of the Christian Basilica of Hagia Sophia into a mosque and yesterday’s NAVTEX (a navigational warning), since May, 2019, there were a series of provocative actions by Turkey detailed in Professor Konstantinos Filis’ OP-ED piece in To Vima on Sunday.

Turkey violated the continental shelf and EEZ (Exclusive Economic Zone) of the Republic of Cyprus.

It purchased Russian S-400 missile systems despite the strong remonstrances of Nato.

Turkey occupied part of Syria thanks to an agreement with the US and Russia and it signed an illegal agreement supposedly delimiting the two countries’ EEZ’s, even though they are not contiguous.

Turkey is glaringly flaunting the international arms embargo on Libya.

Previously, its plans were thwarted when it attempted to send a flood of immigrants to EU soil, at the Greek-Turkish land border region of Evros.

What more will it take for the EU to take action?