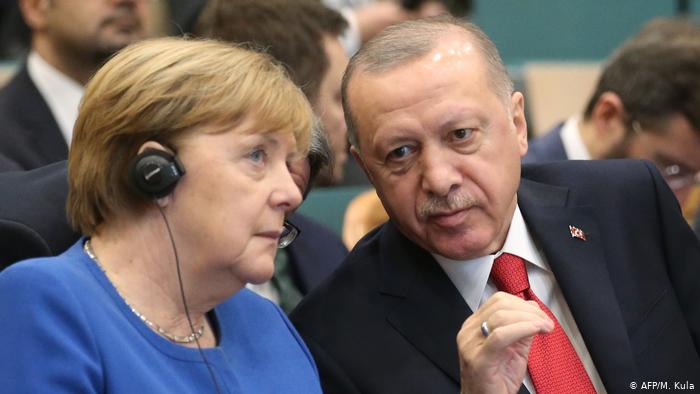 The “resounding messages” that European leaders send Ankara from time to time may sound good to us but Erdogan seemingly could not care less.

Even as EU foreign policy chief Josep Borrell was declaring in Evros, the Greek-Turkish border region, that the Union is determined to protect its external borders and defend Greece’s sovereignty with resolve, Turkish Air Force fighters were conducting a barrage of Aegean overflights.

Buoyed by positive developments for Turkey in Libya, by Europe’s awkward posture, and by Donald Trump’s tolerance, Erdogan thinks he is the master of the game and he is opening fronts everywhere.

What Google’s mega-investment in Greece entails

As problems and pressures pile up within Turkey he seeks a way out in foreign adventures.

Greece on the contrary appears to have made the wrong choice in backing Haftar according to Thanos Dokos, the PM’s deputy national security advisor.

Dokos maintains that Greece is in an exceptionally difficult position in pursuing the annulment of the Turkey-Libya EEZ delimitation deal.
French President Emmanuel Macron issued a stern message to Turkey criticising its activity in Libya but other EU states are not on board and there is no solid EU front against Turkey.

It is well known that Germany views Turkey as a strong barrier to keep out refugee and migrant flows and as an important arms industry client.

In 2019 once again Turkey was at the top of the client list of the German military industrial complex.

Given the fact that Turkey poses a broader threat and greater dangers regionally – as the incident with a French frigate demonstrated – must redefine its entire relationship with Turkey.

For years and in part due to the refugee crisis this is an EU-Turkey affair and not just a bilateral issue.

That is why Macron’s admonition to fellow leaders to at long last to discuss relations with Turkey “without taboos” is of particular significance in the effort to forge a common strategy toward Ankara’s escalating provocations.