Government spokesman Stelios Petsas said today that it would be ironic to be telling people to stay home [to halt the spread of the coronavirus] even as they are being evicted. 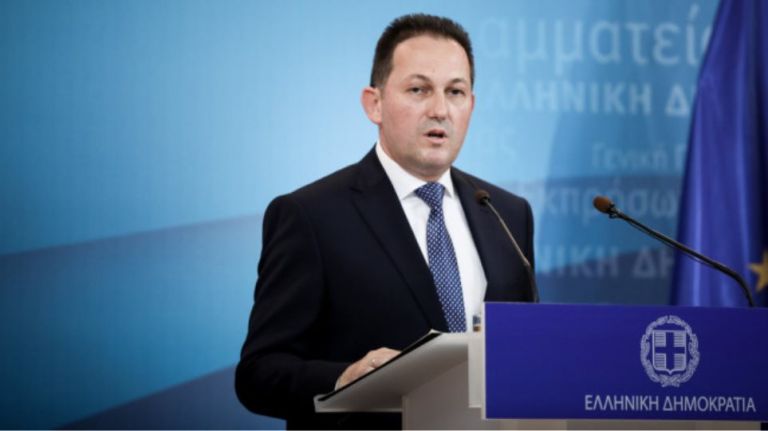 The government will announce its plan for the gradual loosening of the coronavirus lockdown on 27 April, but in the meantime it is grappling with the huge social and economic issue of extending protection from foreclosures on the primary homes of tens of thousands of delinquent mortgage holders.

That protection commenced during the administration of former PM George Papandreou with a law drafted by then economy minister Louka Katseli (hence known as the Katseli law) which provided protection for over-indebted households and came into effect in August, 2010.

The law has undergone a series of amendments some of which established tighter eligibility criteria and more recently the previous SYRIZA government persuaded creditors to extend the existing, modified protection through 31 December, 2019.

The Mitsotakis government then secured a four-month extension through 30 April and under severe pressure from creditors it is now scrambling to find a formula to maintain some form of protection.

The government has been tight-lipped about possible plans on the table presumably because there is no compromise with creditors a yet but it has repeatedly noted that it has no intention of leaving those most in need unprotected.

Years before the current pandemic crisis and the disastrous economic repercussions that are expected, the issue of Non-Performing Loans (NPLs) was a heavy albatross for successive governments because it has broken the back of the banking system and has prohibited it from playing its necessary constructive role in lending to rebuild the still battered economy.

Government spokesman Stelios Petsas said today that it would be ironic to be telling people to stay home [to halt the spread of the coronavirus] even as they are being evicted.

Petsas said the government is reviewing a possible mixture of measures.

“Throughout this period we have been examining a combination of measures. On the one hand is the prospect of extending protection of debtors’ primary residence past 30 April and on the other [a modification of] the provisions of the bankruptcy law so that everyone – households, banks, and markets – will be able to prepare. We will present our comprehensive plan by 30 April,” he said.

Read his lips, no snap elections
Dismissing rampant talk of possible snap elections – predicated on New Democracy’s whopping 20 percentage point lead over main opposition SYRIZA and the prospect that PM Kyriakos Mitsotakis might seek a fresh mandate for an economic reconstruction plan amid the deep repercussions of the pandemic – the spokesman underlined that elections will be held at the end of the government’s four-year term.

With Ankara’s aggressive posture in the Aegean continuing with Turkish Coast Guard ships escorting migrants into Greek territorial waters and in the Mediterranean with a new hydrocarbons research vessel foray into Cyprus’ Exclusive Economic Zone, the government is again signaling that it wants smooth relations with Turkey but that it will not in the least tolerate Ankara’s efforts to infringe upon Greek sovereign rights.

«We want just as we always have wanted good neighbourly relations with Turkey. When necessary we proved we are determined to do anything necessary to defend our sovereign rights as occurred with the recent example at Kastanies in Evros [the Greek-Turkish land border where Ankara pushed thousands of migrants and attempted with a military vehicle to tear gown a Greek fence]. We will continue to do it on our islands, our sea and everywhere because, as we have said many times, we have right on our side and our allies on our side and we will do whatever is necessary to defend our borders,” Petsas declared.

Gradual transition to normalcy in tourism

With Greek tourism expected to take a severe beating this summer in the aftermath of the first wave of the coronavirus pandemic, the government is studying ways to safely begin to restore an industry that accounts for up to 25 percent of Greece’s GDP.

Petsas said the government is planning to very gradually open up the market while taking stringent public health precautions.

That could even involve testing travelers before they enter flights from abroad and imposing some sort of quarantine, though the government has not yet revealed details of its plan.

A nightmare scenario for which the government must plan is a second wave that would necessitate a new lockdown stranding tens of thousands of tourists in Greece.