The government will do its best to «ensure that the serious cases of coronavirus and few and far between,» PM Mitsotakis said. 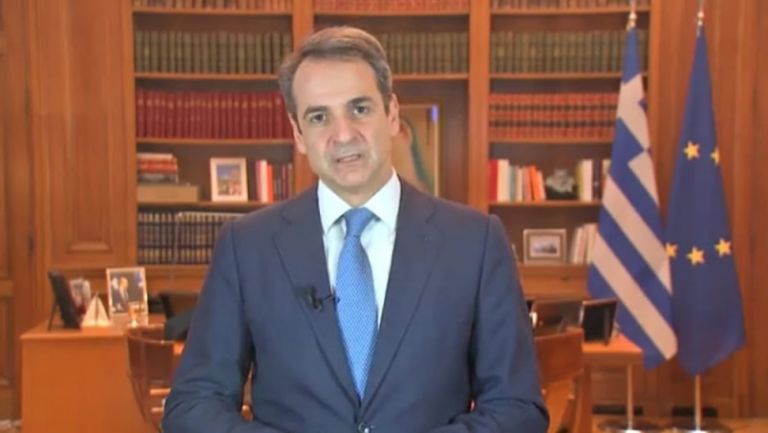 Prime Minister Kyriakos Mitsotakis in a nationally televised address urged Greeks to cooperate in stemming the spread of the COVID-19 virus and called on the Orthodox Church of Greece and the archbishop to cooperate in enforcing mandatory public health regulations.

Mitsotakis also announced that the health ministry will hire an additional 2,000 healthcare workers (1,500 nurses and 500 ambulance and other workers) to deal with what the World Health Organisation has now called a pandemic.

PM to ask for lowering of primary surplus targets

Mitsotakis said he will seek from creditors a loosening of the EU’s financial stability pact and a lowering of Greece’s agreed primary surplus targets due to the potentially devastating economic impact of the crisis.

The issue of whether Holy Communion in churches might transmit COVID-19 as the same cup and spoon are used to offer everyone a small bit of wine and bread, Mitsotakis said that the Church is obliged to follow the same public health rules as others.

For over a week a number of politicians and clergymen appeared on newscasts or talk shows saying that if one has faith one cannot contract the virus through Communion. Journalists in some cases on television programmes did not challenge this view on the grounds that they invite medical experts to elaborate on the scientific knowledge.

Even EODY, the state service entrusted by the health ministry to constantly monitor the situation and issue guidelines refused to clearly state that one can contract the virus by using a common cup and spoon in receiving Holy Communion.

It should be noted that priests drink directly from the cup before he administers communion to the faithful.

“As prime minister I am obliged to listen to expert scientists. Whatever measure regulates public gatherings applies to our churches as well

“Today it is not our sacred beliefs that are being tested but rather but rather our faith in human health, the love for one’s neighbor which is a cornerstone of Orthodoxy,” Mitsotakis said.

“That means that religious duties must be adjusted to the realities and if they must be carried out it should be done at home whenever possible in order to limit large gatherings. The Church of the faithful is great. I look forward to the support of the leadership of the Church [the archbishop] in pursuing a common objective. My institutional role mandates that I take a clear stand on this issue. I know that faith often begins where science ends, but the faith we need now is the faith that we will manage to transcend the crisis. This will happen if we all follow in an organised fashion the instructions of doctors and experts,” Mitsotakis said.

The government will do its best to «ensure that the serious cases of coronavirus and few and far between,» Prime Minister Kyriakos Mitsotakis said.

«We have already done what is necessary to protect public health,» Mitsotakis said, adding that «the public and private sectors are called upon to collaborate» to fight the epidemic.

The premier warned that «the economy will be hit, and these repercussions must be contained,» and that there will be measures for affected businesses.

The government has said that working parents are entitled to a special leave from work (a measure following an announcement on Tuesday that educational facilities of all levels have shut down for two weeks), but he also said that «no mass measure can replace personal responsibility.»

No food & goods shortages
Deputy Minister of Development and Investments Nikos Papathanassis after a meeting with supermarket executives said that there is no issue of food and goods shortages
The possibility of extending store hours was also discussed, while the ministry will be informed twice daily about any problems with the availability of goods.

Emergency operations only
The Ministry of Health on 11 March announced that surgeries in public hospitals will now only carry out emergency operations and cases that cannot be postponed, while paid evening visits to hospital doctors have been suspended.

Two new laboratories 9there are currently five)for coronavirus tests will start operating as of 12 March, at Attikon Hospital in Haidari on the outskirts of Athens and the University Hospital of Larissa, in central Greece.

They will bring the total number of laboratories that will handle COVID-19 diagnoses to seven.

The annual nationwide military and student parades that commemorate the launch of the Greek War of Independence on March 25 have also been cancelled this year, as part of the government’s measures to prevent the spread of the virus.