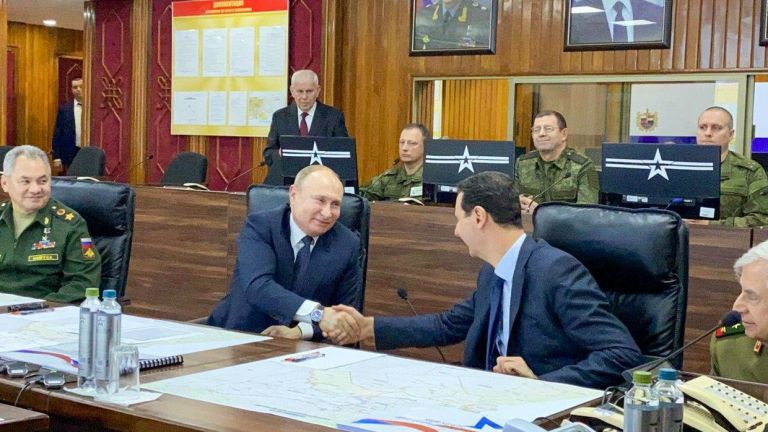 Even if the EU does decide to offer more money, it’s not clear it will be sufficient to assuage Turkey or be the kind of support that Ankara, which is simultaneously involved in conflicts in Syria and Libya, really wants.

The European Union is scrambling for a new agreement with Turkey to prevent migrants from Syria, Iraq, Afghanistan and beyond flooding into the EU. But there is little sign so far that Ankara is ready to accept the terms Brussels is offering.

Since Turkey announced on Feb. 28 that it would no longer abide by a 2016 deal to keep refugees on its territory, accusing the EU of falling short on commitments of financial support, some 35,000 migrants have massed on the border with Greece where they have been thrust back by Greek forces.

EU foreign policy chief Josep Borrell said on Friday in Zagreb, where its foreign ministers met to weigh the crisis, that member states were willing to offer more money to Turkey beyond the 6 billion euros ($6.79 billion) pledged in 2016.

But Turkey, which hosts almost 4 million refugees and migrants, first had to stop using migrants as a bargaining chip. “Turkey has a big burden…and we have to understand that,” Borrell said. But at the same time, we cannot accept that migrants are being used as a source of pressure.”

Even if the EU does decide to offer more money, it’s not clear it will be sufficient to assuage Turkey or be the kind of support that Ankara, which is simultaneously involved in conflicts in Syria and Libya, really wants.

So far, the EU has retained oversight over the use of the funds it disburses. But an EU diplomat involved in discussions in Zagreb said the Turks wanted funds paid directly to them, something EU member states are very unlikely to agree to.

Instead, officials have raised the possibility of topping up an existing fund to support refugees’ education with around 500 million euros, which would keep the programme running until the end of 2021. It remains unclear whether that will happen.

Keen to avoid a new refugee influx into Turkey from the war in Syria’s north, Turkish President Tayyip Erdogan reached a deal with President Vladimir Putin on Thursday to halt fighting between Russian-backed Syrian forces and Turkish troops.

On his flight back from Moscow, Erdogan appeared unimpressed by what the EU was offering so far, saying the Union was always offering help but then falling short or not stepping up.

“The West unfortunately has many faces,” he told reporters. “From the EU… they made us some promises as well. I don’t know if there will be a result from there or not.”

Underpinning Turkish pressure on the EU over migrants are geopolitical considerations.

Asked whether that was what Ankara was demanding beyond extra funds to deal with refugees, Borrell did not dismiss the question, but said it was not for the EU to decide.

The EU and Syria, Patriots and S-400s

“The European Union cannot create a safe zone, we are not that powerful,” he told reporters. “We can try to influence the United Nations and NATO, it’s a good idea.”

Another potential EU lever is Patriot air defence missiles. Since Turkey purchased Russia’s S-400 anti-aircraft system, a move NATO condemned, the United States has said it is not prepared to provide Turkey with Patriots.

But Spain has a Patriot battery deployed in Turkey – one that was scheduled to be withdrawn in mid-2020. Diplomats suggested it was possible Spain could extend the deployment, giving Turkey an extra level of defence assurance.

While pressure for more NATO support or a no-fly zone may be diminished if the Turkish-Russian truce deal sticks, it remains unclear whether the EU is offering enough to prompt Turkey to put the lid back on migration towards Greece.

In an apparent bid to help bridge the gap, Borrell announced on Friday the EU would host a Syria donor conference on June 29-30 to raise funds for victims of Syria’s nine-year war and surrounding countries, naming Turkey and Russia in particular.

Borrell also said the new ceasefire deal could facilitate increased EU humanitarian help to Syria and for refugees housed in Turkey, without elaborating.

Ankara pressures EU to pay up on pledges

Under the 2016 agreement, the EU said it would provide Turkey with up to 6 billion euros in health, education, food and infrastructure assistance to manage the refugee situation.

While some 4.7 billion of that has been earmarked for use, and 3.2 billion of it paid out, the original deal foresaw all 6 billion being allocated by the end of 2018. Turkey says it has spent $40 billion coping with its refugee burden.

In meetings with senior EU envoys in Ankara on Wednesday, Turkish officials voiced frustration at the pace of payments, saying the EU was not keeping up its end of the bargain.

“It is a double standard that the EU can mobilise hundreds of millions of euros for Greece (to cope with migrants) within days, but uses bureaucracy as an excuse when it comes to Turkey,” Turkish presidential spokesman Ibrahim Kalin said.