Either the EU will resign itself to being a simple observer of developments and indirectly become a victim of this war or it will marshal its power and intervene. 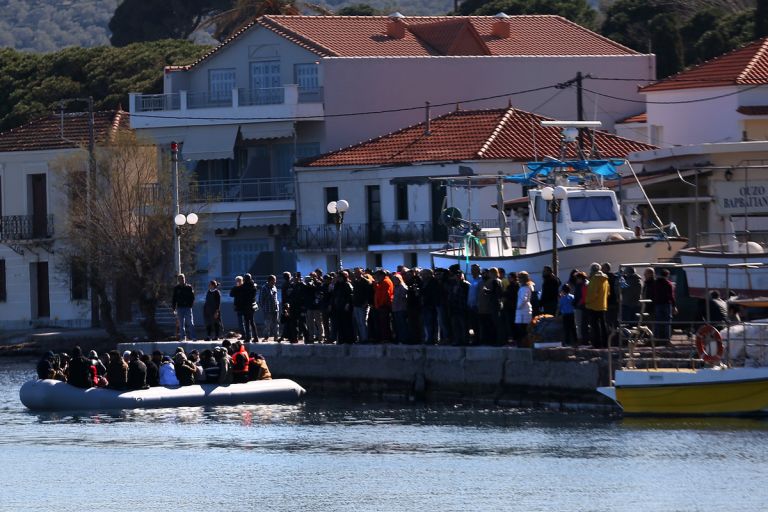 Undoubtedly the visit of the presidents of the European Council, the European Commission, and the European Parliament (accompanied by Prime Minister Kyriakos Mitsotakis) to the Greek-Turkish land border at Evros constitutes a strong message of solidarity with Greece.

The top EU officials made declarations of solidarity and support for Greece at a critical moment.

She thanked Greek border guards, Greek citizens, and Frontex for their tireless efforts.

The European Commission president also said that Europe shares Greece’s concerns and that Greece’s borders are at once the EU’s borders.

She said she was in the region as a European to stand by Greece and to express her sympathy for migrants who fell into the trap of [Turkey’s] false promises only to find themselves in a difficult predicament.

Despite abundant declarations of solidarity, there was no message directed toward the party primarily responsible for the crisis – Turkey.

There was radio silence regarding the responsibilities of Turkish President Recep Tayyip Erdogan who is using suffering human souls as a tool to crudely blackmail the EU.

Only Croatian Prime Minister Andrej Plenkovic whose country holds the rotating EU presidency stated that beyond an expression of solidarity for Greece yesterday’s visit also sends a message to Turkey.

Meanwhile, officials in Brussels are according to Reuters apparently enraged with Erdogan’s behaviour but they realise that they are essentially being held hostage by the Turkish president and they are considering offering new funding to Ankara, effectively caving in to his blackmail.

As Süddeutsche Zeitung wrote insightfully, in the face of the refugee drama Europe is confronted with an important dilemma, just as it was five years ago with the massive waves of refugees from Turkey.

Either the EU will resign itself to being a simple observer of developments and indirectly become a victim of this war or it will marshal its power and intervene.

Diplomatic negotiations, European Council meetings, and warnings are perceived by the residents of the islands of Lesvos and Samos who have borne the brunt of the crisis as merely cynical silence and inertia.