Editorial: Adults locked in a room 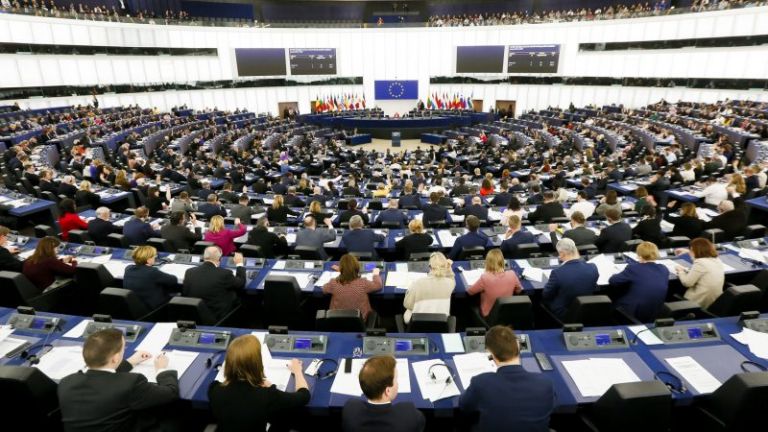 Five years ago when the Greek economic crisis had reached its peak Donald Tusk forbade Alexis Tsipras and Angela Merkel from leaving the negotiating table without a deal that would avert a Grexit.

It is the wont of presidents of the European Council to lock the doors when things get tough.

Following the footsteps of his predecessor European Council President Charles Michel warned last week that European leaders who are today attending an extraordinary summit will not leave Brussels until they have reached agreement on the EU’s 2021-2027 multiannual financial framework.

Five years ago when the Greek economic crisis had reached its peak then Council president Donald Tusk forbade PM Alexis Tsipras and German Chancellor Angela Merkel from leaving the negotiating table without striking a deal that would avert a Grexit.

“I am sorry but you will not leave this room,” he said and his determination proved decisive.

Today’s extraordinary EU summit will not be conducted in such dramatic circumstances but Charles Michel’s task will not be easy.

He must maintain delicate balances because expanded needs must be met with less EU funding.

European Parliament President David Sassoli has said that the EU is still far from an acceptable proposal as the legislature (photo) and the Council must bridge a 230bn euro difference between their respective recommendations.

Brexit has resulted in a 60bn euro drop in funding.

The compromise proposal tabled by Michel provides for a small increase in contributions combined with spending cuts on the Union’s Common Agricultural Policy (CAP) and the Cohesion Fund.

Greece staunchly opposes the proposal as it benefits from both the CAP and cohesion funds.

The task of today’s summit has rightly been compared to the feat of squaring the circle.

Yet a compromise is viewed as mandatory.

Michel has signaled that further delays will jeopardise the smooth functioning of the EU as of January, 2021.

The EU does not have the luxury of risking new economic turbulence.