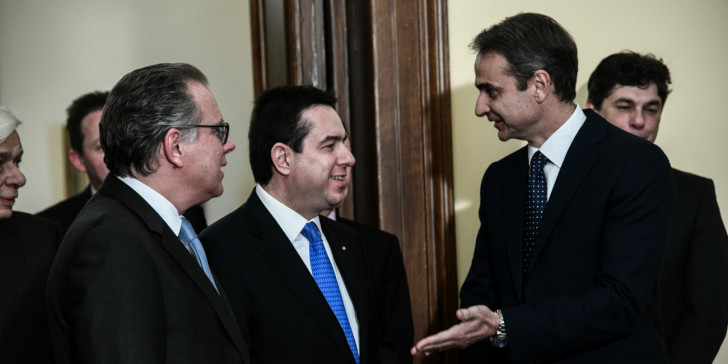 Plans for closed centres have triggered harsh criticism from rights groups and main opposition SYRIZA who view the planned centres that are to be built on these islands as inhumane.

Just weeks before the EU is scheduled to begin thrashing out a new migration and asylum pact, Migration Minister Notis Mitarakis will hold talks with German Interior Minister Horst Seehofer in Berlin on 20 February and will present Athens’ proposals for a swift processing of asylum applications and an equitable EU-wide burden-sharing plan.

Acceptance of that sort of plan will likely meet resistance in many member-states which are comfortable with Greece shouldering the burden on its own.

Plans for closed centres have triggered harsh criticism from rights groups and main opposition SYRIZA who view the planned centres that are to be built on these islands as inhumane.

Seehofer has maintained a very tough line against the settlement of migrants in Germany but it is unclear if Berlin will be receptive to closed centres – with day passes to exit for migrants who have been in Greece for longer periods and have no criminal records – which New Democracy MPs depict as a means to dissuade refugees and migrants from making the often dangerous passage from the coasts of Turkey to the Greek islands, which have been severely congested for several years.

“They must know that we don’t want them here,” New Democracy MP Konstantinos Bogdanos, among the party’s most right wing members said of economic migrants on  18 February.

Mitarakis will be joined in the Berlin talks by Alternate Migration Minister Yorgos Koumoutsakos, a former career diplomat and foreign ministry spokesman during the New Democracy administration of PM Costas Karamanlis.

In a radio interview before leaving for Berlin Koumoutsakos told the Athens News Agency that the government is undaunted and will move  forward with the construction of closed processing and detention centres on the islands.

They are expected by experts to be complete by September or October though the government is projecting that they will be ready in the spring.

After some shilly-shallies the government is standing by its plan to requisition empty properties on Lesvos for three years with rent paid to owners in order to construct the closed reception centres.

The government is also pursuing cooperation with other EU countries that have grappled with large migrant flows.

«The frontline member states, the states of entry, face the greatest pressure from the migratory flows, so Greece, Spain, Italy, Malta and Cyprus have every reason – I would say it is necessary – to talk and coordinate as they face common challenges and common concerns,” Koumoutsakos said.