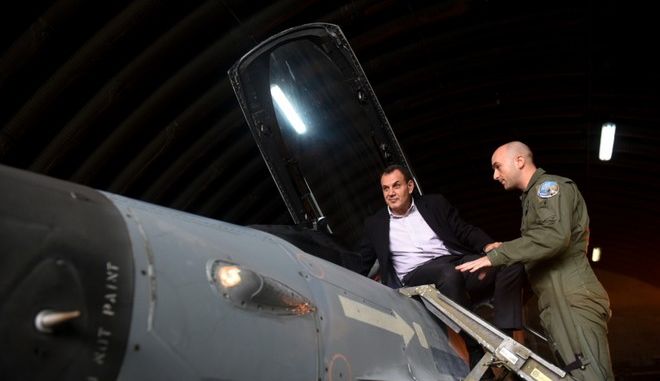 The announcement of the deal was announced in the White House during ex-PM Alexis Tsipras’ visit with US President Donald Trump.

The first original jet has arrived at the facilities of the Hellenic Aerospace Industry.

Specifically, the F-16 BLK 52+/ADV will be upgraded with the viper configuration.

The announcement of the deal was made at the White House during ex-PM Alexis Tsipras’ visit with US President Donald Trump. In fact Trump made the announcement.

The original 2.4bn dollar price tag met with strong opposition and the deal then went to 1.45bn with Greece paying a maximum 182mn dollars a year through 2027

The order was already in the works in early 2018 and involved 80 F-16s. At the time, US Ambassador to Athens Geoffrey Pyatt had  tweeted that it was a «very big day» building on the announcement at the White House.

Panagiotopolous was responding to a parliamentary question about the prospect of selling of F-16 BLOCK 30 fighters. He said that a number of offers have been made,

The upgrade is expected to be completed in 2027.