Mitsotakis: No dialogue with Turkey under threat 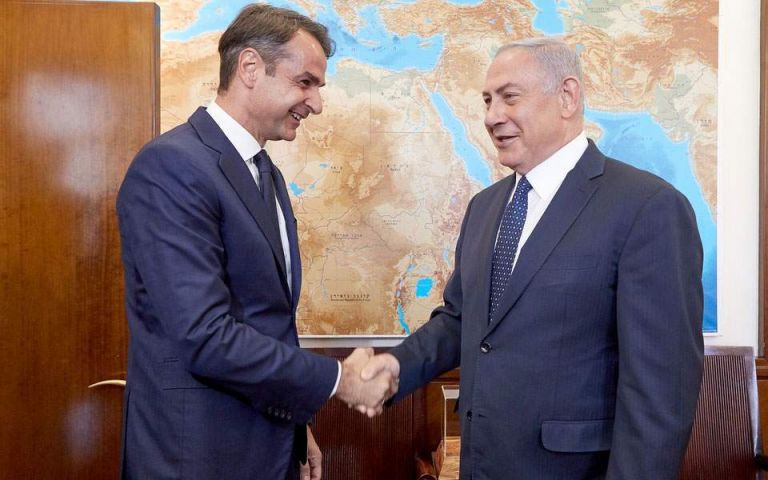 Greece is working to create a security umbrella including Israel and Cyprus in the face of Turkey’s hostile actions in the Aegean and the eastern Mediterranean.

On a symbolic trip to the island of Kasos, which Turkish Air Force jets have repeatedly flown over of late as it gets in the way of Ankara’s EEZ designs, Prime Minister Kyriakos Mitsotakis indicated that he wants a dialogue with Turkey but not under threat.

“Under no circumstances can this dialogue take place under conditions of pressure, blackmail, and provocations by our neighbour. We are here to reconfirm our faith in international law as well as our absolute trust in the deterrent strategies of our Armed Forces. I applaud and stand with respect before the women and men of the Armed Forces who stay awake at night so that the rest of us can sleep easy,” the PM said.

Greece is working to create a security umbrella including Israel and Cyprus in the face of Turkey’s hostile actions in the Aegean and the eastern Mediterranean. The aim is to block Ankara’s attempt to create de facto situations – by delimiting EEZs in an illegal manner – that threaten the interests of regional countries and international players.

The three countries on January 2 will sign an agreement to support the construction of the EastMed gas pipeline which is a thorn in Turkey’s side as it acts as a bulwark that impedes Turkey’s regional designs including the extension of its EEZ.

Athens believes that Turkey’s expansionist initiatives to delimit sea zones despite the fact that it is violating international law has mobilised regional countries to make certain moves to ensure their interests.