Cavusoglu does no preclude Greece, Turkey going to Hague Court

Cavusoglu is careful in his wording as Turkey does not accept a mandatory petition to the ICJ and Greece has reservations about certain issues in delimitation. 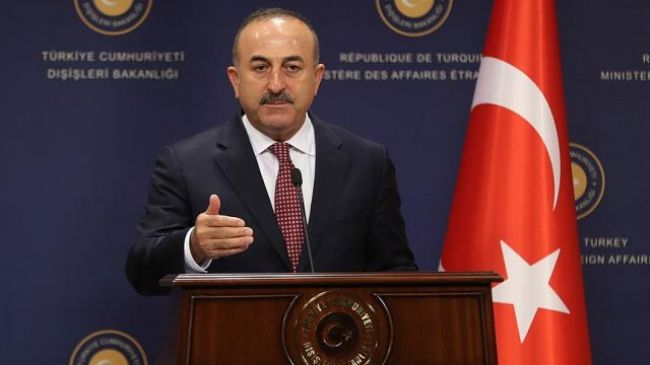 Turkish Foreign Minister Mevlut Cavusoglu in an interview with To Vima and Angelos Athanasopoulos says that Ankara in principle Ankara is not opposed to the spirit of the 1982 UN law of the sea convention and it agrees with many provisions in international law.

He thus leaves the window open for Greece and Turkey to resolve their disputes in the International. Court of Justice (ICJ) in the Hague.

For that to happen the two parties must agree on the issues that the Court will examine and sign a joint promissory note – a lengthy and complicated process.

Cavusoglu’s statement comes straight on the heels of the Turkey-Libya MOU delimiting the two countries’ putative maritime borders in the Mediterranean.

Cavusoglu is careful in his wording as Turkey does not accept a mandatory petition to the ICJ and Greece has reservations about certain issues in delimitation.

He says that the right of islands to have sea zones is not automatic and is subject to limitations based on special conditions and jurisprudence.

At the same time he does not rule out Turkey sending an oil and gas exploration ship to the Turkey-Libya maritime border although under international law the two countries’ sea boundaries do not meet.

Cavusoglu underiines that provisions in the Lausanne treaty should be enforced based on mutual understanding, as it is the cornerstone of the contemporary Turkish Republic.

He also blames the Greek Cypriots for the inability to achievie a settlement based on “political equality”.