The STASY trade union declared a strike – with unprecedented consequences for citizens – over the transfer of 24 employees from administrative services to Metro ticket booths. 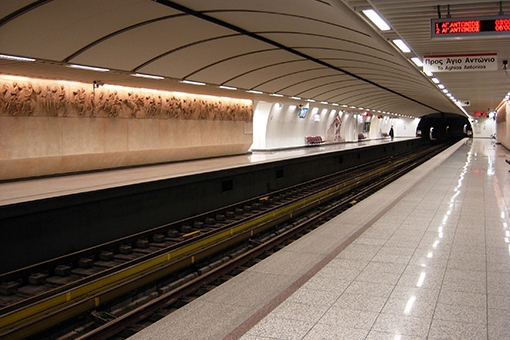 The celebratory atmosphere in Athens was jolted by a four-hour work stoppage of Athens Metro employees.


The sudden strike was decided and announced late on Monday evening and the massive number of riders – about one million people – were forced to seek alternative means of transport.

Most had to use their cars and that created a huge traffic jam in the streets of Athens.

The capital was paralysed and citizens were subjected to an incredible inconvenience.

The enormous traffic jam spilled through other areas of Attica until the afternoon even though the work stoppage ended at 10 am.

The STASY trade union declared a strike – with unprecedented consequences for citizens – over the transfer of 24 employees from administrative services to Metro ticket booths in order to stem the long queues and to limit passengers’ inconvenience.

To protest the transfer of two dozen employees the union staged a sudden strike without any warning and with no interest in the social impact.

That triggered the backlash from the majority of citizens who with constant social media posts expressed their rage at the union over its social callousness and disregard for the social whole. Citizens find incomprehensible the excessive response of strikers to a secondary and largely insignificant development.

The government reacted and the prime minister apologised to citizens even as he announced a forthcoming skeleton staff that will be adequate to keep the Metro from shutting down.

A classic and maximalist union reaction made every one blame the strikers and the result was the opposite of what they hoped.

The arrogant and socially callous left-wing trade unionism was never useful even for those whom it supposedly represented.

It is time for trade unions to develop basic emotional intelligence and transcend the practices of previous decades which ended up harming employees.

The post-junta era ended long ago along with the myths that accompanied it.