Editorial: Brexit and us

After the British elections there will be no EU enlargement. The western Balkans will be shut out and their stability may well be imperiled, with ramifications for the entire region. 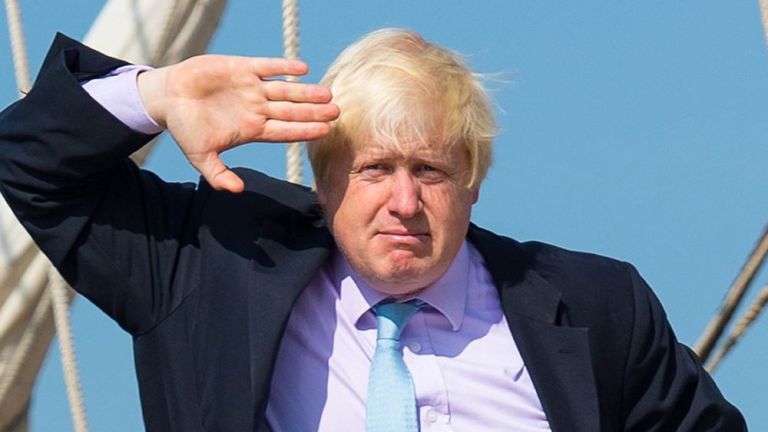 The British after three years of wavering decided to ply their own course through Brexit and to break loose from the European Union.

By all appearances the impressive electoral victory of the eccentric and quirky Boris Johnson has cleared the deck and everyone now expects that by the end of January he will have the opportunity and ability to complete the Brexit process.

A second and possibly more crucial and difficult phase of negotiations will follow in order to redefine commercial and other relations between Britain and the EU.

It will be neither simple nor easy. It may create new tensions.

It will certainly create an opportunity for the 27-member EU to discuss its future prospects and to deal with internal differences.

The clash within the EU has transcended the longstanding dichotomy between member-states of the north and the south of Europe. It has evolved into a clash between West and East regarding how to deal with Russia, the role of Nato, human rights, and issues pertaining to liberty and justice.

Moreover, the completion of Brexit and Britain’s withdrawal from the EU limits the defence role of the Union, as it ceases to be a nuclear power.

The French as is well known consider their nuclear weapons as a national asset not incorporated in Nato or the EU. Emmanuel Macron’s voluntarism appears similar to Donald Trump’s celebration of Brexit and has little to do with the European ideal.

It is certain that after the British elections there will be no EU enlargement. The western Balkans will be shut out and their stability may well be imperiled, with ramifications for the entire region.

One cannot be indifferent to the departure of the UK. It raises a host of new issues and aggravates instability and uncertainty around the world.

It is too soon to predict the role of the UK in international affairs. Its new path may bring new initiatives and moves.

Boris Johnson has an imperial demeanour. He will pursue a role that is compatible with his vision, although after Tony Blair’s unfortunate experience in Iraq Britain has withdrawn and avoids direct involvement in crucial international situations.

Yet the British are still talented in the areas of information and international strategy and so the UK may be more active in the post-Brexit era.

Needless to say they will maintain a strong interest in the Balkans and their presence in the broader area of the southeast Mediterranean will not change.

One must not forget that the UK has the role of guarantor power in Cyprus and at the same time maintains interests in and close ties with Turkey.

The UK may exert its influence which could be catalytic as long as the vacuum of desire continues in Nicosia.

Brexit has distinctive characteristics and Athens must evaluate them in the framework of broader geopolitical shifts and the rapid changes in the world today.

This is even more necessary at a time that Greece faces strong Turkish claims and the three-way alliances that Athens has built appear week.

Clearly, Brexit transcends a simple withdrawal from the EU. It is a choice of much greater significance and this is how we must view it.