The US envoy also expressed support for the Greece-Israel-Cyprus strategic cooperation in the energy sector and its link to Egypt. 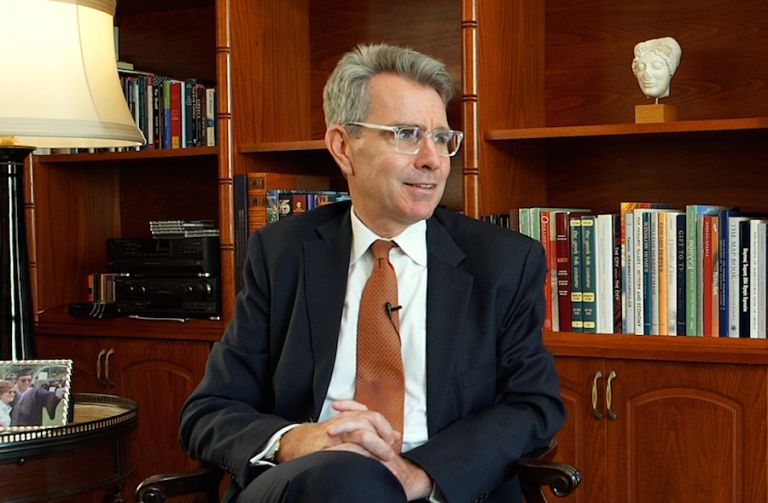 At an exceptionally difficult juncture in Greece-Turkey and US-Turkey the American Ambassador to Athens Geoffrey Pyatt made clear that Washington is squarely in Greece’s court in its opposition to the Turkey-Libya MOU supposedly delimiting the Exclusive Economic Zones of the two countries, even though under international law there is no maritime border.

Pyatt noted that under international law inhabited islands have rights that are equal to continental territory.

“The US legal judgment is that the Turkish government, in its assertions regarding maritime claims and specifically continental shelves, differs with our legal analysis and also with the UN Convention on the Law of the Sea (UNCLOS) in terms of islands. “Inhabited islands as a matter of customary international law are entitled to the same treatment as continental territory,” Pyatt told journalists.

The State Department had already denounced the deal as provocative and not helpful in maintaining regional security.

“We want the eastern Mediterranean to be a zone of economic cooperation and opportunity; we want all of the issues, including energy, to be a driver of new cooperative frameworks,” Pyatt said.

The US envoy also expressed support for the Greece-Israel-Cyprus strategic cooperation in the energy sector and its link to Egypt.