The only market that appears active and justifies expectations is real estate which is fueled by the interest of foreigners and the certainty that tourism will grow over the coming years. 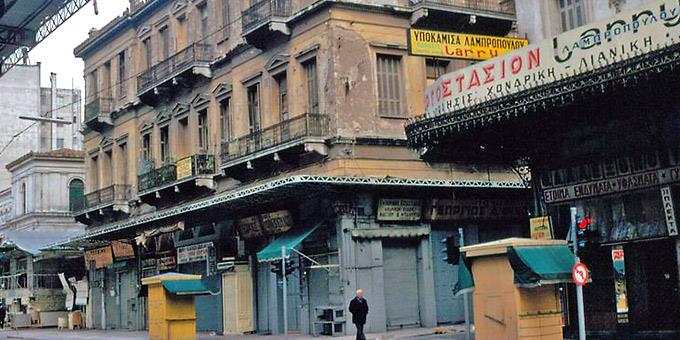 The current government hit the ground running with a ready plan and its course already decided.

The plan provided that from the start it would establish a relationship of trust with the great majority of the Greek people, to demonstrate that it is keeping its promises, and to highlight the difference with the previous government, laying the groundwork for the implementation of a different policy in the areas of security and migration which Mr. Tsipras’ left-wing cadres either ignored or simply considered superfluous and alien to itheir conceptions and worldview.

The government indeed inherited adequate funding to keep its promises and revive the expectations of the many for better and more productive days.

What contributed to that were the first economic growth measures and the prevailing sense that it can lure investments allowing the economy to bloom once again.

At the same time it had some small victories in areas that were considered taboo and gain the approval of the majority of citizens who could not reconcile themselves with lawlessness.

That extended the government’s honeymoon although it was taken by surprise by the magnitude  of the migrant and refugees issue.

Yet, five months after coming to power the government showed that there are no automatic solutions. One cannot press a button and have everything coordinated to solve problems.

Now most markets of the Greek economy appear to be active but essentially remain weak, and unable to palpably create a wave of progress and creativity.

There are ample expectations and promises, but one does not see results that can change the country’s image. By all appearances it will take months for them to come to fruition.

The only market that appears active and justifies expectations is real estate which is fueled by the interest of foreigners and the certainty that tourism will grow over the coming years.

Experts project that Greece will have 10 million tourists annually. That, combined with the fact that real estate prices especially in downgraded areas of Athens remain low has mobilised a plethora of buyers who are buying entire apartment buildings which they remodel and turn into tourist accommodations. At the moment there is a great demand for buildings on Athinas Street in central Athens,

In general, around downgraded properties one sees a new tourism market which absorbs a large market of professionals and creates the preconditions  for a rebirth of remodeling market. Yet that is not enough.

Everyone know that the large investment project at Elliniko is plying ahead, but it will not employ over 2,000 new workers before 2021.

Other productive investments that are underway will take quite a bit of time before they mature and produce palpable results that can create a wave of rebirth and reconstruction.

In the interim, the government has a duty to move forward with persistence, consequence, and character so as not to fall into partisan moves, such as placing “our people” as administrators at hospitals. Such actions have a negative impact on the government’s image and stir doubts about the future.

In truth, politics in or to be attractive requires principles  and endurance. Time is unkind and requires proper management because otherwise it causes political wear and cost.

The PM is obliged to be the first to display character and to insist on implementation of his plan methodically so as not to lose his momentum and his targets.