New Democracy’s proposal for a minimal annual income (Article 21, par. 1) was supported by 190 MPs in the 300-member legislature. 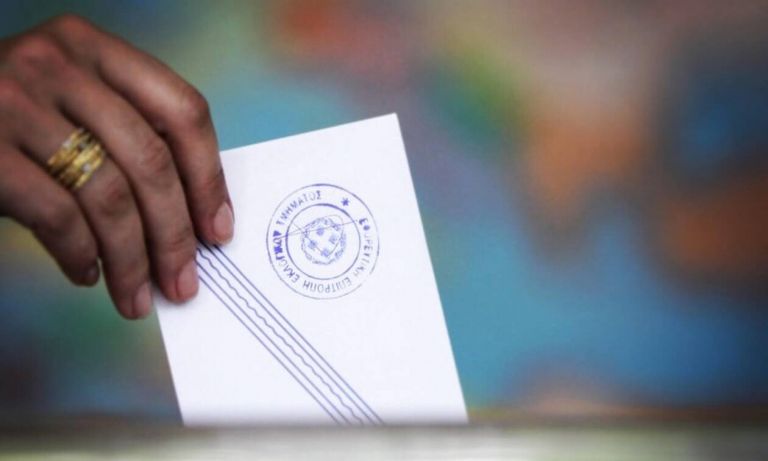 A plenary session of Parliament today approved the amendment of crucial articles of the Constitution.

Among the changes that were approved was a change in the procedure for electing the President of the Hellenic Rebublic, which until now mandated that if there is a deadlock Parliament must be dissolved and elections held.That will no longer be necessary as the parliamentary majority needed has been greatly reduced.

That means that the ruling party after a series of votes can conceivably elect the President without the support of any other party, which abolishes the requirement of political consensus that has until now been sacrosanct.

Another crucial change which has been discussed but not enacted for many years is extending the right to vote to Greeks living abroad, but with certain key restrictiions.

The voter must be registered in the electoral rolls in Greece and must also retain some sort of economic ties with Greece such as having a taxpayer’s registration number.

The specific amendments passed and the number of MP’s who supported them are as follows:

1.New Democracy’s proposal for a minimal annual income (Article 21, par. 1) was supported by 190 MPs in the 300-member legislature.
2. ND’s proposed changes to the procedure in electing the President of the Republic (Article32, par. 4) was passed with 158 votes – the total number of ND MPs.

All opposition parties roundly rejected the amendment mostly on the grounds that it abolishes the need for consensus.

3. New Democracy’s proposed amendment of Article 54, par. which will now extend the right to vote to Greeks living abroad (under certain conditions) was passed by a majority of over two-thirds – 212 votes.

An amendment to change Article 62, proposed by New Democracy, which provided for MPs’ immunity as regards criminal or other prosecution while Parliamenti is in session was approved by 179 MPs.

ND’s proposal to abolish the short statute of limitations for ministers, which public opinion viewed as scandalous, ganered 274 votes.