Mr. Tsipras’ tack came across as a rearguard battle which lacked substance but in which nonetheless the PM was forced to engage. 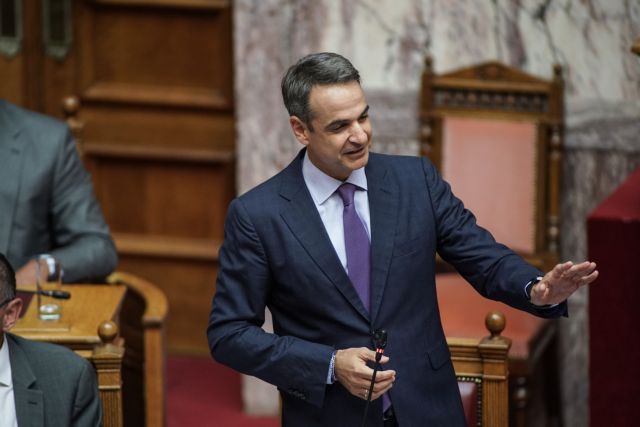 In their first post-election parliamentary debate Prime Minister Kyriakos Mitsotakis and main opposition SYRIZA leader Alexis Tsipras traded accusations of hypocrisy and populism and the debate focused on the government’s appointments to the Hellenic Competition Commission and the EYP National Intelligence Service.

The debate centred exclusively on the personal choices of the two party leaders rather than on broader institutional and national issues.

Mr. Tsipras’ tack came across as a rearguard battle which lacked substance but in which nonetheless the PM was forced to engage.

The substance of the draft legislation on the streamlining of the state and on the organisation of the central government (including constant monitoring of the government’s work) unfortunately mattered little to the two leaders.

The impending state reforms, nevertheless, are exceedingly important if one considers the Greek people’s innumerable negative experiences with governments which came to power having no idea of what to do.

Even the most popular governments and those which came to power after bitter struggles were betrayed because their leaders lacked a work method and failed to take even minimum precautions that would support systematically and in an organised fashion the government’s work.

The absence of a comprehensive system of administration and governance constituted a serious structural and institutional deficit, ignored the will of the Greek people, and was an offence to the efforts and sacrifices of the Greek people during the decade-long crisis.

The country’s problem is not the professional fortunes of individuals but rather the fate of the country, the future of its society, and the improvement of the lives of its citizens.

Everything else is of secondary importance.

Rearguard battles do not suit our era.

The struggle for progress and prosperity is paramount.

It is that struggle that our politicial leaders are called upon to serve above all.