Greece, US warn Ankara against drilling off Cyprus’ Karpas Peninsula 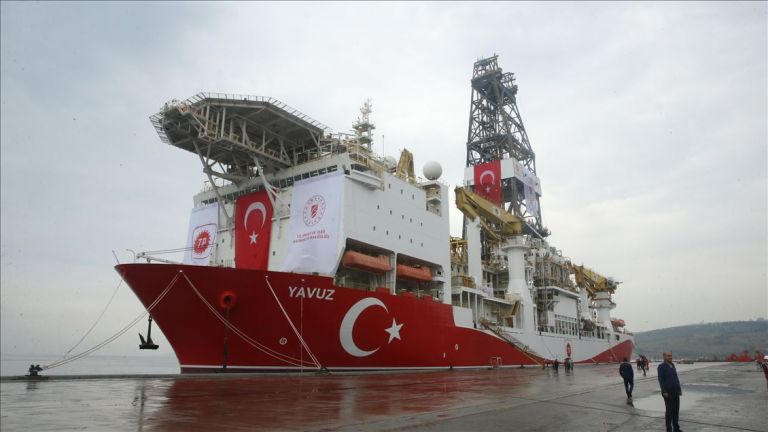 The ministry’s condemnation came just one day after Mitsotakis discussed the regional situation for 20 minutes with US Vice President Mike Pence and following a stern State Department statement criticising Ankara.

Straight on the heels of a US State Department statement of concern, the Greek foreign ministry has condemned Ankara’s fresh attempt to drill in the EEZ of the Republic of Cyprus, off the Turkish-occupied Karpas Peninsula.

“This illegal action shows blatant disregard for International Law, the Law of the Sea and the condemnation of the international community and it constitutes further escalation that undermines the stability and security of the Eastern Mediterranean region,” the ministry statement read.

“This provocative conduct on the part of Turkey at the expense of the sovereign rights of an EU member-state is a far cry from the conduct expected of a candidate for EU membership and lends further credence to the 20 June decision taken by the European Council regarding appropriate measures to be taken against Turkey,” it added.

The Council had asked the European Commission to come up with a list of sanctions against Turkey but that has not moved forward as yet.

It is the first condemnation of Turkey’s actions in the Eastern Mediterranean since New Democracy leader Kyriakos Mitsotakis took power and appointed veteran conservative MP Nikos Dendias, an attorney, as foreign minister.

The ministry’s condemnation came just one day after Mitsotakis discussed the regional situation for 20 minutes with US Vice President Mike Pence and following a stern State Department statement criticising Ankara.

“The United States remains deeply concerned by Turkey’s repeated attempts to conduct drilling operations in the waters off Cyprus and its most recent dispatch of the drillship Yavuz off the Karpas Peninsula. This provocative step raises tensions in the region. We urge Turkish authorities to halt these operations and encourage all parties to act with restraint and refrain from actions that increase tensions in the region,” State Department spokesman Morgan Ortagus said in a statement on 9 July

Distribution of wealth in context of settlement

The statement makes clear that Washington, Nicosia, and Athens are all on the same page in terms of sharing the island’s wealth between the Greek-Cypriot and Turkish-Cypriot communities in the context of a Cyprus problem settlement, and not a priori as Ankara appears to be demanding.

“Energy resource development in the Eastern Mediterranean should foster cooperation, increase dialogue between the two communities and among regional neighbors, and provide a foundation for durable energy security and economic prosperity. We continue to believe the island’s oil and gas resources, like all of its resources, should be equitably shared between both communities in the context of an overall settlement,” Ortagus concluded.

CBMs talks
The previous government of Alexis Tsipras in an effort to keep lines of communications open with Ankara continued talks on confidence-building measures, and it became the first Greek government ever to declare that it was prepared to accept “co-administration” ” of the hydrocarbons wealth of the Aegean.

“Turkey has rights in the Aegean. I have said it before and I have been misconstrued. What rights does it have? It has only those rights arising from international law,” he added.

It is that dialogue which Ankara said it wants to continue in congratulating Mitsotakis on his victory.

“With the establishment of the Government under the leadership of Mr. Mitsotakis, we hope that our bilateral relations will be further enhanced on the basis of the friendship between Turkish-Greek peoples. To this end, we want to swiftly revitalize existing dialogue channels and start our contacts as soon as possible to address issues on our agenda,” the Turkish Foreign Ministry said in its statement.