Tsipras: Deal with ExxonMobil to be signed, EU sanctions on Turkey key

‘The critical preparations regarding the exploitation of our energy wealth and exercising our sovereign rights have not been viewed in a happenstance manner. They [Athens’ actions] are the result of years of foreign policy planning 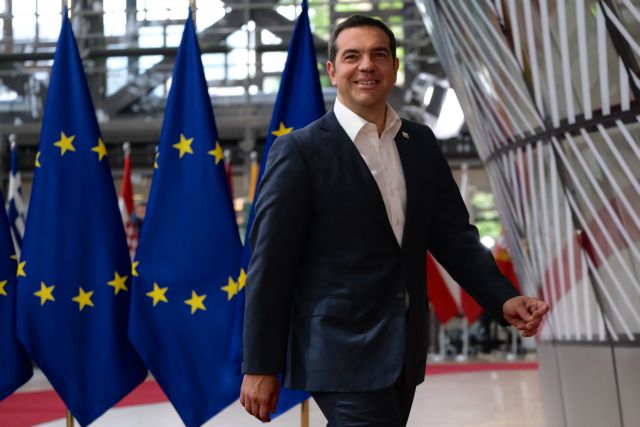 Amidst mounting Turkish threats around Cyprus and in the Aegean, Prime Minister Alexis has announced that that the government will sign a gas exploration deal with ExxonMobil for blocks of Greece’s Exclusive Economic Zone (EEZ) south and west of the island of Crete during the week of 24 June.

Tsipras, speaking after the end of an EU summit in Brussels that censured Turkey for its violations of Cyprus’ EEZ and ordered the drafting of a list of possible sanctions against Turkey, said that Greece will exploit the hydrocarbons in its EEZ in the same manner as Cyprus has and that the upcoming agreement is the result of long-term planning and not of a rushed, shoddy approach.

“The critical preparations regarding the exploitation of our energy wealth and exercising our sovereign rights have not been viewed in a happenstance manner. They [Athens’ actions] are the result of years of foreign policy planning that are coming to fruition and now we are in a position to taste the fruit,” Tsipras said.

“We shall continue with a plan that has been studied very well and is linked to the upgrading of Greece’s international role in the broader region and to our decisiveness about exploiting our energy resources,” the PM said.

“In this, no one will stop us and we can continue decisively while asking our neighbours to abide by international law,» Tsipras said.

Referring to EU leaders request that a list of possible sanctions against Turkey be prepared in response to Ankara’s violations of Cyprus’ EEZ, Tsipras said that, » Such measures might concern sanctions against individuals or companies, the freezing of dialogue and cooperation in specific sectors and measures that may have significant economic repercussions on Turkey if it does not stop immediately its illegal activities.»

Amidst Turkey’s bellicose activity in Cyprus’ EEZ and thinly veiled threats of permanent partition of the island, Tsipras indicated that the lines of communication with Turkey remain open and that Nicosia and Athens are interested in jump-starting Cyprus settlement talks which collapsed in July, 2017, at the Swiss resort of Crans Montana, once Turkey takes a step back from its aggressive handling of the energy deposits issue.

«On our part we will continue to keep channels of communication open but we will not stop putting pressure on Turkey to cease its illegal actions and, once it has ceased, to start new talks on the Cyprus issue from the point where we left off at Crans Montana, in order to reach a fair and sustainable solution for Cyprus that cannot include guarantees and troops,» he added.