Gennimata says Movement for Change will not enter coalition government

She has posited her party as the sole authentic progressive party which can stand up for social justice and labour rights. 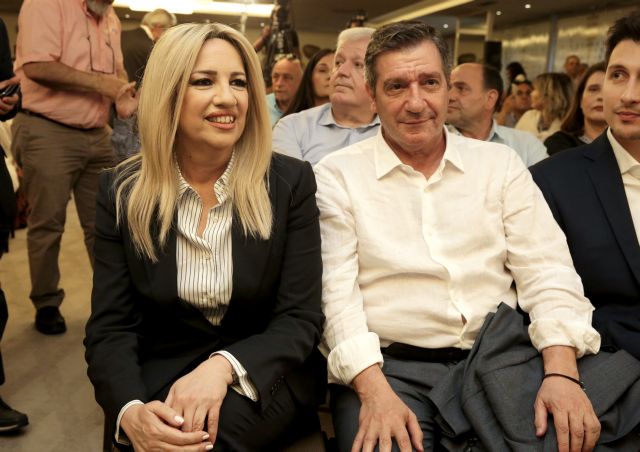 Movement for Change leader Fofi Gennimata has ruled out the prospect of her centre-left party joining a coalition government with the top party in the 7 July general election, which according to all polls will be New Democracy by a wide margin.

“We are seeking a strong mandate in order to overturn the political scene,” Gennimata said.

At a meeting of top party officials today, Gennimata attacked both ND and SYRIZA because as she said they cultivate division and polarisation.

She has posited her party as the sole authentic progressive party which can stand up for social justice and labour rights and she paints SYRIZA as a populist party that has broken all its promises and from which the Movement for Change must draw back the mass of disgruntled Pasok voters who flocked to SYRIZA in 2015.

She has lambasted PM Alexis Tsipras’ attempted shift toward Social Democracy as yet another ruse – glaring carbetbagging that aims to further pillage her party’s electoral base.

In the shadow of Venizelos’ withdrawal

Gennimata laid down the party line at today’s first meeting of its Central Political Committee following former Pasok leader Evangelos Venizelos’ decision not to stand in the general election after over a quarter century as an MP.

Venizelos had expected to be given the top spot on the statewide ticket – which does not require that candidates get voters’ preference crosses as they are elected based on the party’s nationwide percentage and the order in which they appear on the ticket – which Gennimata decided to give to outgoing Athens Mayor Yorgos Kaminis on the grounds that he would send a message of renewal.

Some in the party had the impression that the former Pasok leader and constitutional law professor favoured a coalition with New Democracy, particularly because he supported New Democracy-backed candidate and winner Nektarios Farmakis in the Western Greece Prefecture election.

The Movement for Change had backed incumbent Apostolos Katsifaras who comes from an old Pasok family.