The political favours passed in Parliament during the last days of the Tsipras administration brutally wounded democracy and shook the trust of the people. 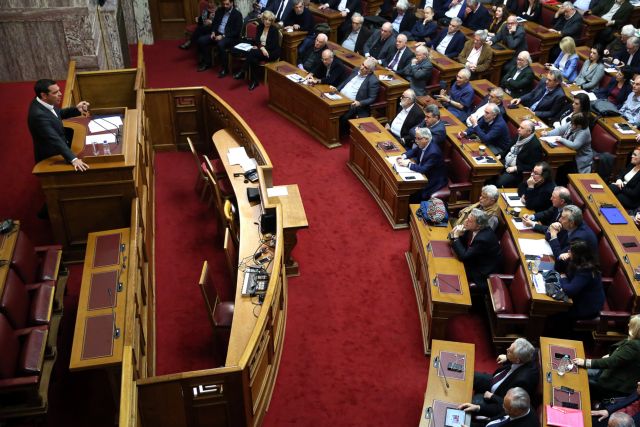 In the late 1970’s, a few years after the fall of the colonels’ junta, a book of stories by the Turkish writer Aziz Nesin was published in Greece with the title Coffee and Democracy.

In it he bemoaned the backwardness of Turkey’s problematic democracy, with the unabashed patronage of vote-mongering politicians, and he condemned political favours as a remnant of the Ottoman era.

The Greek readership embraced Nesin’s stories because they depicted situations very similar to Greek political practices in which one could discern an eastern influence.

The political favours introduced in 19th century Greece by the famed politician Ioannis Kolettis were also an Ottoman remnant and confirmed the backwardness of Greek politics.

Nearly half a century later, Aziz Nesin’s stories are again very timely and the things they describe are glaringly apparent on the political scene.

The political favours passed in Parliament during the last days of the Tsipras administration brutally wounded democracy and shook the trust of the people.

A slew of addenda to bills were designed to serve the interests of businesses, local interests, and special interest groups.

Along with job appointments for relatives, friends, and associates, those moves were reminiscent of regimes of the East and a far cry from the standards of Western and European Democracies, in which Greece is supposed to be included.

Citizens were left speechless by the transfers of politicians’ daughters and other relatives into cozy, well-paid Parliament jobs.

The fervor with which parliamentary officials linked to the legislature’s presidium arranged favours – even though in previous years they had depicted themselves as social activists – obliterated any remaining shred of the self-proclaimed moral advantage of the left.

It is odd that they do not realise that they will be reviewed and held accountable for their actions.

Unfortunately, the left of struggles and sacrifices was lost in a sea of addenda to bills and last minute arrangements, just days before the closure of Parliament and the formal proclamation of elections.

It was drowned in petty self-interests that usually decimate parties, ideologies, political forces, and personalities. It was undermined and the myth of unselfish struggles that had been cultivated for decades was destroyed.

It took just five years in office to prove that power wears and corrupts, highlighting the baser instincts.

One has witnessed an unprecedented unprincipled stance that will for years haunt a part of the political spectrum that was identified with certain moral principles.

The whole country will be in shock if the government’s methods of maligning and slandering political and other opponents are revealed – and people are already beginning to talk.

The erstwhile leftist fighters are leaving behind ruins and decadent phenomena.

The end is drawing near as it seems.

In the general election Greeks will attribute responsibility and punish the cheap and fateful tricks marshaled by those who donned the role of judges of political life.

By all appearances, it will be a miserable end, as the electoral result is expected to be crushing and humiliating.