Worst of all, the government is signaling to citizens that the crisis is over and that the county is just a step away from returning to the good old days. 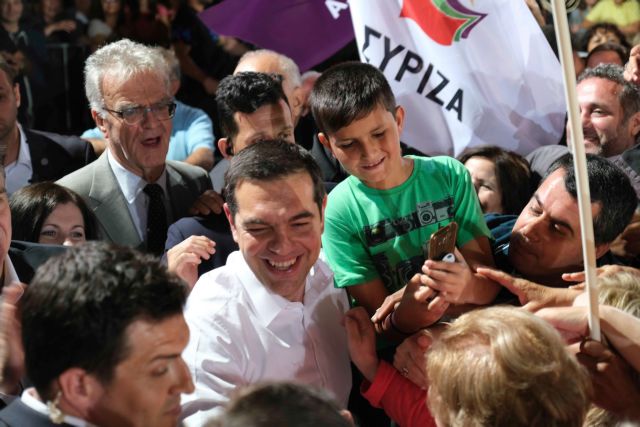 As elections approach it is apparent that despite so many years of economic crisis, sacrifices, and traumatic experiences nothing has changed.

With PM Alexis Tsipras donning the cloak of protector of the poor and punisher of the elite, promises, handouts, and divisive tactics are the order of the day.

In order to limit the magnitude of his defeat and rally his political base he is returning to the unforgettable phrase uttered by George Papandreou in the last pre- bailout election: “The money is available.”

Not a day goes by on which he and his ministers do not promise something to some group of voters.

After the benefit that the PM dubbed “13th [monthy] pension”, yesterday he was more generous and promised to reinstate the Christmas gift [one month’s salary] if the economy performs well, adding that he is certain that will be the case.

One minister inaugurated the Thessaloniki metro which is scheduled to begin service in 2020 and then proceeded to abolish highway tolls in his electoral district.

The day before yesterday another minister promised 35mn euro in benefits to the Roma community as he just remembered that they should have better living conditions.

By the last day of the campaign on 24 May, we shall surely be treated to more promises designed to cultivate hopes.

The Eurogroup subtly alluded to the dangers of untrammeled electoral pledges.

Still, nobody in the government has expressed any concerns as vote-mongering designed to turn the negative tide recorded in opinion polls is the primary consideration.

Worst of all, the government is signaling to citizens that the crisis is over and that the county is just a step away from returning to the good old days.

Greece has paid very dearly for such illusions in the past.

The country may not be completely at the mercy of creditors but it still has a long way to go before achieving sustainable development.

Hundreds of thousands of citizens who work for 500 euros a month and still struggle to survive are well aware of this, as are the countless families who find it difficult to make ends meet.

As pleasant as the promises of the peddlers of hope may sound to the ears, they cannot change the big picture.

We have a long and hard road ahead before we can look to the future with some degree of certainty.