The Bank of Greece Governor said that if the 3.5 percent of GDP primary surplus target is not met, that will lead to ‘the imposition of new [restrictive] measures such as expenditure cuts and cuts in the Public Investment Programme’. 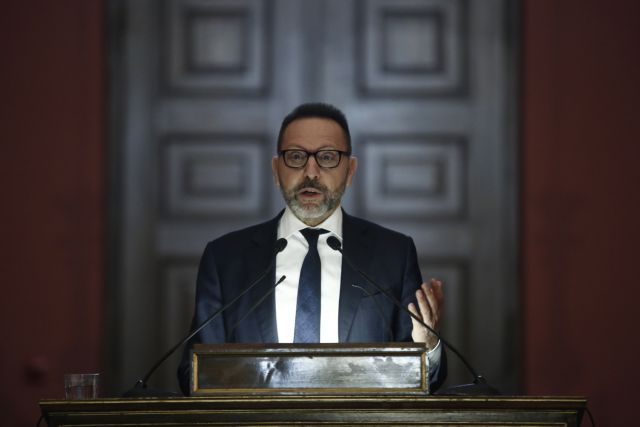 In his first public statement on the government’s fiscal policy after Prime Minister Alexis Tsipras’ 8 May presentation of his stimulus package, which combines benefits and tax cuts, Bank of Greece Governor Yannis Stournaras is warning about the danger of fiscal derailment,

He maintains that given the first quarter data it is possible that the 2019 3.5 percent of GDP primary surplus target may be jeopardised by untrammeled spending.

Tsipras announced the package fewer than three weeks before local elections and European Parliament elections, which he has described as a vote of confidence in the government.

New Democracy leader Kyriakos Mitsotakis has said the European Parliament election should be treated by voters as a referendum on ousting the government.

“The  State General Accounting Office data for the first three months of the year, which nearly coincide with those of the Bank of Greece, indicate that for the entire year the budget will not produce a primary surplus exceeding 3.5 percent, which is the target. That means that if the trend that was established at the beginning of the year is not reversed, there will not be fiscal space this year for benefits beyond those included in the 2019 budget,” Stournaras told the state run Athens-Macedonian New Agency.

The central banker’s new intervention is expected to rekindle his longstanding, open battle with the government on crucial economic policy decisions.

There was a battle royal between Tsipras and Stournaras over the Central Bank’s insistence that Athens request a precautionary credit line as a security blanket after Greece’s completion of the third and last bailout memorandum in August, 2018.

Tsipras ignored the advice and he and various ministers attacked Stournaras for what they saw as an improper political intervention.

Greece’s central banker, noting the rise of the spreads of Greek bonds after the PM’s announcements, underlined that, “The nervousness that is prevailing in the bond market over the last days to some degree reflects the concerns of investors regarding fiscal developments.”

Stournaras said that if the 3.5 percent target is not met, that will lead to “the imposition of new [restrictive] measures such as expenditure cuts and cuts in the Public Investment Programme, which will have a negative impact on the growth rate of the economy”.

The Central bank projects a 1.9 percent of GDP growth rate for 2019, compared to the finance ministry’s 2.3 percent projection.

As for the prospect of lowering the suffocating primary surplus targets, which the government has over the last years exceeded considerably to allow for handouts, Stournaras said that, “I have strongly argued for the need to reduce the primary surplus target to 2.5 percent of GDP to bolster the recovery of the Greek economy. However, any change to agreed targets must be the result of an understanding with the institutions [creditors] and with their consent.”