The poll shows that in the 13 prefectures of the region of Macedonia SYRIZA is trailing New Democracy by a whopping 14.3 percentage points, largely due to the hugely unpopular Prespa Agreement. 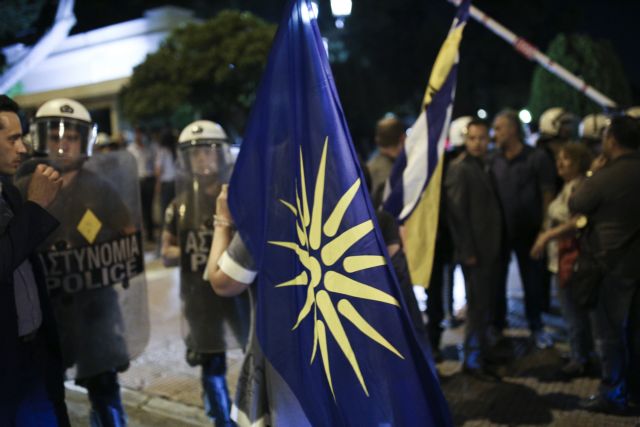 Main opposition New Democracy leads SYRIZA by 6.5 percentage points, but the ruling party’s polling numbers in the region of Macedonia have collapsed, largely due to the hugely unpopular Prespa Agreement with the state of North Macedonia.

The survey, which was conducted by the Palmos Analysis polling company for the website tvxs.gr, which is owned by SYRIZA European Parliament member Stelios Kouloglou, shows that in the 13 prefectures of the region of Macedonia SYRIZA is trailing New Democracy by a whopping 14.3 percentage points, whereas the differential is only 4.2 percentage point in the country’s remaining prefecture.

More specifically, as regards the forthcoming general election –there will also be municipal, prefectural, and European Parliament election in late May – New Democracy garners 27.2 percent, SYRIZA gets 20.7 percent, the centre-left Movement for Change is polling 7.3 percent, while the Greek Communist Party (KKE) garnered 6.2 percent and the extreme right Golden Dawn’s percentage marked a sharp decline to 4.3 percent.

Aside from the fact that the extreme right party is on trial on charges of being a criminal organisation implicated in several murders, Golden Dawn’s plunge is believed to be in part due to the emergence of Kyriakos Velopoulos’ far-right, populist, and Russophile party Elliniki Lysi (Greek Solution), which garnered 3 percent in the poll, passing the threshold to enter Parliament by a hair’s breadth.

Velopoulos became known as an MP of Yorgos Karatzaferis’ far right party LAOS (Popular Orthodox Rally), which is currently not represented in Parliament but is running in the European Parliament elections. He has a daily television show in which he frequently praises Russian President Vladimir Putin.

The poll indicates that three parties currently represented in the legislature will be shut out of the next Parliament, as they fail to pass the requisite three percent threshold.

The Independent Greeks, which for four years was SYRIZA’s right-wing populist junior coalition partner, has literally imploded and garnered 0.3 percent.

The Centrists’ Union party received 2.2 percent, while Stavros Theodorakis’ centre-right Potami party, which collapsed largely due to disagreements over the Prespa Agreement, garnered only 1.1 percent of the vote.