Marinakis: Minister Pappas asked me to pay 26mn euros for Kalogritsas to get TV license

‘They [the government] asked me to offer a 26mn euro loan to Mr. Kalogritsas for him to acquire a television channel which, if one is to be honest, had been set up at Maximos Mansion [the PM’s offices]. 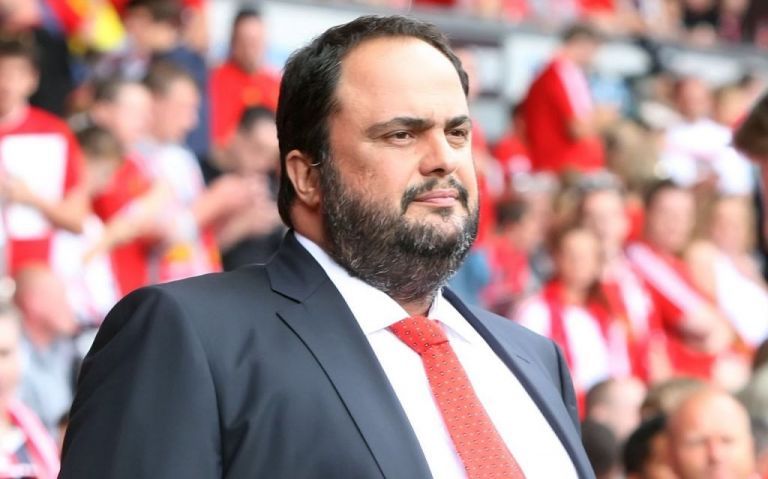 In a bombshell interview shipowner and Olympiacios FC owner Evangelos Marinakis today said that Digital Policy Minister Nikos Pappas asked him to meet with government-friendly businessman Ioannis Kalogritsas before a September, 2016, state tender for broadcast television licenses, and that Kalogritsas went to Marinakis’ office  to ask for a 26mn euro loan so that he could acquire a license

Pappas is Prime Minister Alexis Tsipras’ right-hand-man and he conducted the tender as competent minister. The tender was later annulled by the Council of State.

Marinakis told Real FM in a no-holds barred interview that Pappas told him that he had briefed Prime Minister Alexis Tsipras about the meetings and the request.

‘They [the government] asked me to offer a 26mn euro loan to Mr. Kalogritsas for him to acquire a television channel which, if one is to be honest, had been set up at Maximos Mansion [the PM’s offices]. I explained to Mr. Kalogritsas that I could not do that. At that time they had no problem with Marinakis’ money. I invite Mr. Pappas and the Prime Minister to publicly deny it,” he said.

“Nobody has anything bad to say about our businesses. We have a fantastic reputation as a company. Marinakis’ money was absolutely clean [in the government’s view] at the end of 2016. They asked me to help Kalogritsas. What happened suddenly? Our capital has been audited by the biggest auditing firms in the world. Given the fact that our companies are listed on the New York Stock Exchange and collaborate with huge companies there are exhaustive audits,” Marinakis said.

“Nikos Pappas always briefed the Prime Minister. When we were bidding in the tender Mr. Pappas informed me of the PM’s desire that we pay the 26.3mn euros of the first instalment [of the total price of the license’] and that we be the first to acquire a license,” he added.