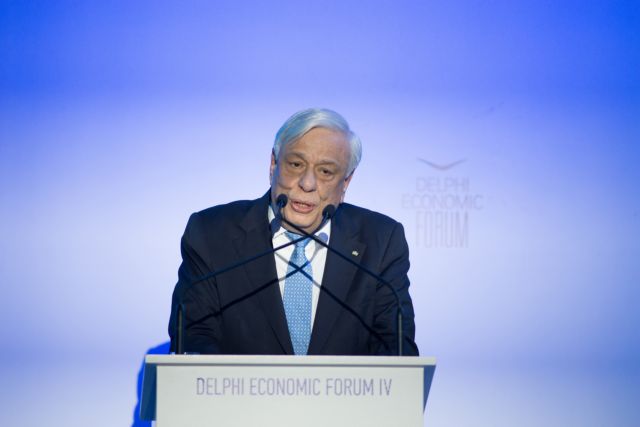 ‘The treaties of Lausanne and Paris, which are totally clear and comprehensive, leave no room for doubt and should be entirely respected by all,’ the President said.

President Prokopis Pavlopoulos while on an official visit to Montenegro outlined Greece’s views on ties with its Balkan neighbours and Ankara and reiterated that Athens steadfastly supports and promotes the EU course of the Western Balkans.

While noting support for North Macedonia’s European perspective, Pavlopoulos stressed the importance of strict enforcement of the Prespa Agreement, which he said “must be interpreted and implemented in a manner that will not permit any vestiges of irredentism”. “Any other tactic would obviously hinder the progress of the Republic of North Macedonia in its European accession course,” he said.

Critics of the Prespa Agreement in Athens maintain that Skopje is in some instances interpreting the accord in a skewed manner. There is also consternation over a sudden spate of reports in the international press, mainly the BBC, speaking of a “Macedonian minority” in Greece.

Pavlopoulos also insisted that Ankara must comply with international law on a series of issues affecting its relations with Athens.

“Greece seeks relations of friendship and good neighbourly relations and supports Turkey’s EU prospects,” he said, stressing that Greece will under no circumstances accept a revisionist interpretation of the international treaties that determine the borders and relationship of the two countries and their minorities (the Greek minority in Istanbul and the Musim minority of Western Thrace).

“The treaties of Lausanne and Paris, which are totally clear and comprehensive, leave no room for doubt and should be entirely respected by all,” Pavlopoulos said.

He also declared that Ankara must respect the law of the sea, although Turkey is not a signatory to the UN Convention on the Law of the Sea (Montego Bay, 1982).

In that context the president underlined that Ankara must respect the Exclusive Economic Zones of Greece and Cyprus.

Pavlopoulos also called for full respect of the rights of the Greek minority in Albania, which is now racked by its own internecine strife, and linked the issue to Tirana’s EU prospects.

He said that measures and behaviours that harm the Greek minority “constitute an insurmountable obstacle” to EU membership for Tirana.