The government’s room for manoeuvre is limited if it wants to receive a tranche of about one billion euros from the profits of eurozone central banks on Greek bonds. 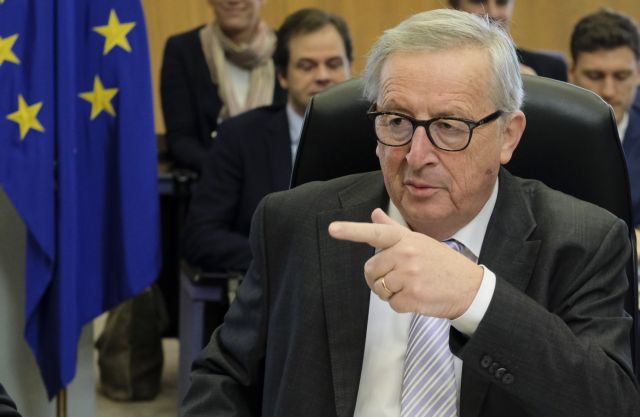 It was unavoidable that the European Commission’s report on the Greek economy would not be rosy.
On the one hand it acknowledged that Greece has made progress in meeting its commitments, but on the other it notes a series of delays and problems that are fraught with dangers.

The most serious objections and concerns pertained to the law that will replace the so-called Katseli law which protected debtors’ primary homes from foreclosure under strict conditions. Another point of contention was the government’s plan to allow taxpayers to pay debts to the tax bureau or insurance funds in 120 instalments. Also, there was consternation regarding the tender on the privatisation of the Public Power Corporation’s lignite plants and there were concerns that judicial rulings ordering that amounts cut from pensions be returned to retirees could derail Greece’s fiscal recovery.

It is obvious that the government’s room for manoeuvre is limited if it wants to receive a tranche of about one billion euros from the profits of eurozone central banks on Greek bonds. Above all, it must avoid a negative climate ahead of Greece’s return to the markets.

That is why a meeting was held with bankers yesterday at the PM’s Maximos Mansion offices so as to refashion a protection net that will shield debtors’ primary residence from foreclosure.

We shall see in the coming days whether the agreement between Greek banks and the government will address the Commission’s concerns.

It should be noted that the government is constantly cultivating expectations among hundreds of thousands of citizens who owe to the tax bureau and insurance funds.

The report said that the European institutions overseeing the Greek economy were informed by the government that it “does not intend in the near future to revise debt settlement arrangements governing tax and insurance debts”. We shall likely see what the government truly intends to do in the Commission’s next briefing.

The Commission’s report highlights the fact that the governmental narrative that after the completion of the memorandum Greece arranges its affairs on its own is completely false.

Any decision with serious economic repercussions must be reviewed and approved by European institutions.
The progress report and the study of macroeconomic balances demonstrate that the economy remains exceptionally vulnerable.The high level of public debt, non-performing loans, unemployment, the aging of the population, and the migration issue, are undermining the very foundations of the economy.

These warning signs are aggravated by a pre-electoral climate. Polarising clashes and opportunistic, petty partisan objectives are once again threatening to undermine anything positive that has been achieved over the last years.
It may well be that it will again be demonstrated that the country’s problems are not primarily economic, but instead political.