Editorial: The phoney tough guy who plays the victim

Perish the thought that Alternate Health Minister Pavlos Polakis was recording the conversation in which he threatened Greece’s central banker. 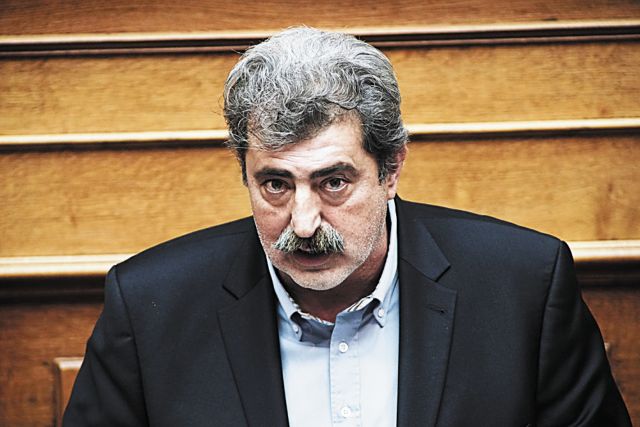 SYRIZA’s unofficial “general prosecutor”, who was threatening everyone and everything when it was announced that a prosecutor had ordered an inquiry into who recorded and leaked his conversation with Bank of Greece Governor Yannis Stournaras, suddenly hastened to belie himself.

Perish the thought that Alternate Health Minister Pavlos Polakis was recording the conversation in which he threatened Greece’s central banker. He was merely seeking justice as he would have it. The phoney tough guy who was recently shouted to journalists “Me against all of you, I’ve got you!” now is feigning ignorance of how his telephone conversation was leaked verbatim.

Since none of his SYRIZA comrades came out to support him, he ran to the unbiased and objective ERT state-run television so as to have plenty of time to state his case, with the speechless journalists watching him trying to justify the unjustifiable.

The minister, who loses no opportunity to target his opponents and their families, and who is continuing a legal battle against a deceased journalist, now is playing the slighted and targeted victim.

In no well-governed country does a minister, as unjustly treated as he may feel, call the central banker and then give the conversation to his buddies to leak it, while directly threatening that if the central banker does not follow his instructions he will go to his office and explain things close-up.

If that is not a threat and a violation of the fundamental rules of politics and democratic behaviour, then what is?

The incorruptible minister received a bank loan which would be exceptionally unlikely for a simple citizen to receive from a bank that has offered privileged treatment of friends and relatives of SYRIZA cadres.

Even if it is legal, it is not ethical for a person who portrays himself as the judge of everything and as a person who is incorruptible and a defender of the Greek taxpayer.

The problem is both the minister’s and the prime minister’s, as the PM continues to tolerate his behaviour.

That is why after his threats two days ago he shuttled yesterday between Facebook, Parliament, and ERT in order to explain matters.

As a result, he exposed himself even more by changing the subject on live television and citing various cases that he sent to the judiciary but were not dealt with by prosecutors.

Unfortunately, the minister and the PM are exposed at many levels. The usual refrain that other politicians in the past acted in a similar fashion is their worst conviction.