Some observers still do not rule out the prospect of main opposition New Democracy tabling a no confidence motion against the government. 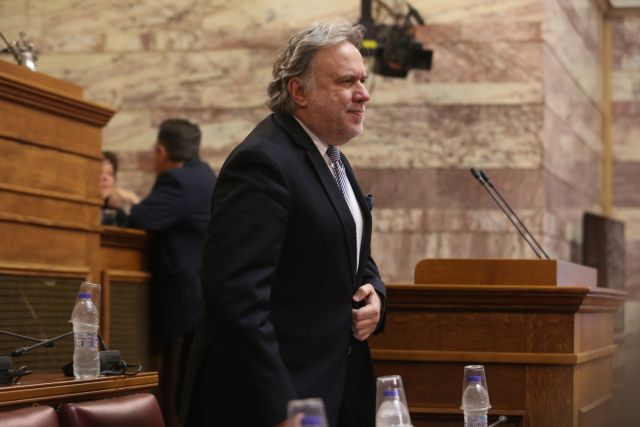 The Parliamentary Committee on Foreign Affairs and Defence has approved the Prespa Agreement, which will be tabled in the plenary session tomorrow and will come to a ratification vote on 24 January.

The agreement was approved by majority, with the key votes of To Potami VP Yorgos Mavrotas and former To Potami MP Spiros Danellis.

To Potami no longer has the five MPs required to constitute a parliamentary party and its three MPs that remain are now independents. Danellis was previously expelled for violating party discipline and supporting the government in the recent confidence vote.

A battle royal is expected in the plenary session of Parliament over the next two days, and some observers still do not rule out the prospect of main opposition New Democracy tabling a no confidence motion against the government.

Former defence minister and Independent Greeks leader Panos Kammenos, who until recently was PM Alexis Tsipras’ junior coalition partner, has said that he will vote down the government if the motion is directly linked to ratification of the agreement, which he vehemently opposes.

Most observers however are convinced that ND cannot muster the 151 votes needed (an absolute majority) to topple the government.

In closing the session Alternate Foreign Minister Yorgos Katrougalos (photo) issued a call for “a dialogue with arguments that does not skew the issues”.  “We are speaking not so much about our neighbouring country but rather about our own political system and the way conduct a dialogue.”

“We [the government] did our duty and shouldered the political cost. I am surprised when I hear about artificial disputes [between Tsipras and Kammenos] . You saw Panos Kammenos. Did he come [to the committee] to pursue a bogus fight? … We took our risks, in contrast to the Macedonia Fighters S.A, and the merchants of patriotism,” Katrougalos said.