PM insists general elections to be held in October, upbeat on Prespa Accord

Tsipras revealed that days after the planned ratification of the Prespa Agreement he will table for a vote the Protocol regarding FYROM’s Nato accession. 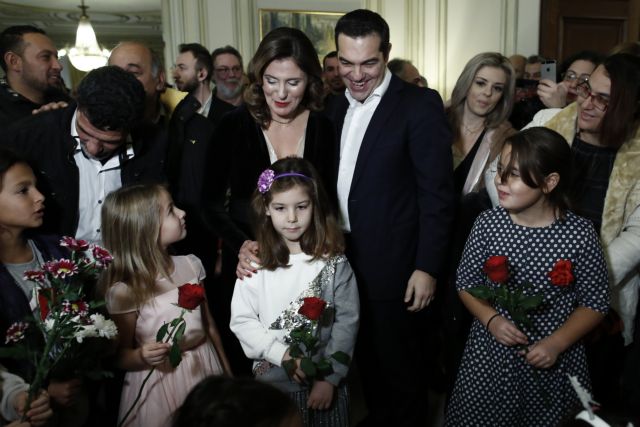 On the sidelines of a New Year’s carols event at the PM’s Maximos Mansion offices, Alexis Tsipras revealed his plans regarding the dates of general elections and of the ratification of the Greece-FROM Prespa Agreement in the Greek Parliament.

Tsipras says he is mulling over which Sunday in October he might hold the general election. “I am looking for a date in October,” he said, thus indicating that he intends to serve out his whole term.

Tsipras was less clear about when he will table the Greece-FYROM naming accord in the Greek Parliament for ratification, even though that procedure could trigger snap elections, as his junior coalition partner, the Independent Greeks, have said they will withdraw from the government if and when the ratification vote takes place.

Party leader Panos Kammenos, however, has suggested his party will support SYRIZA in other parliamentary votes so as not to topple the government.

Prespa Accord ratification by March

Tsipras committed himself in the same conversation to tabling the Prespa Agreement before March, 2019.

The PM clearly views its prospective ratification as a major accomplishment of his government.

Moreover, he revealed that days after ratification of the accord he will table for a vote the Protocol regarding FYROM’s Nato accession.

“The vote will be held at the right moment. I have not yet decided if it will be before March. The vote on the Protocol regarding Skopje’s admission to Nato will be held a few days later, for technical reasons,” the PM told reporters. “I see you are anxious about the agreement.”

When told that it is Kammenos who is anxious, the PM disagreed.

“He is not anxious either. He has reconciled himself with this reality.”