‘Democracy is fortified and cannot be threatened. Those who leave room for the voices of terrorism and fascism should consider this very well,’ said the public order minister. 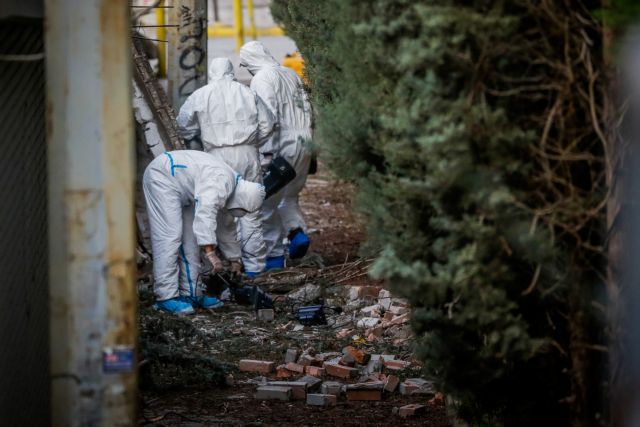 Greek Police is combing every inch of the premises of Athens’ SKAI television and the daily Kathimerini , which are both under the same ownership, and are already examining the mechanism of a powerful explosive device that went off at 2:35am today in the station’s Faliro neighbourhood.

The police counter-terrorism bureau said that initial indications point to the modus operandi of the Popular Fighters Group terrorist organisation.

An estimated five kilos of explosive material were used in the construction of the bomb.

Footage from CCTV cameras at the site shows two individuals placing a bag containing the bomb and driving away on a motorcycle.

The explosion was heard by residents in the broader area and seriously damaged the façade of the building.

The culprits had previously placed two warning telephone calls – to ANT1 television and to the zougla.gr website – in which they said that the explosion would occur in 45 minutes, and they warned three times that, “This is not a farce.” The number from which the person was calling was not concealed.

Greek Police was immediately informed and proceeded to cordon off the area, even as the few employees present were instructed to exit the building.

The explosion occurred in the time frame given in the two calls and rocked the broader area. It was so strong that the protective metal columns on the street on which the bag was placed were damaged.

The private Metropolitan Hospital is in the immediate vicinity.

Citizen’s Protection Minister Olga Gerovasili swiftly went to the site and said that, “Democracy is fortified and cannot be threatened. Those who leave room for the voices of terrorism and fascism should consider this very well.”

“We have been here from the first moment with the Chief of Greek Police due to an event that injures democracy, which however is further bolstered and cannot be terrorised,” Gerovasili said, pledging to get to the bottom of the case.