Editorial: The government is the problem 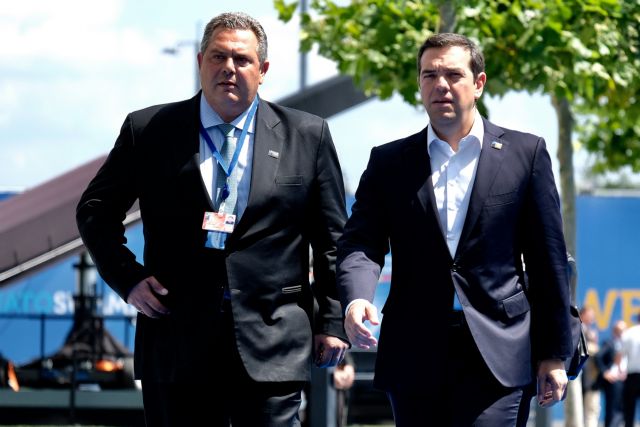 From the very beginning, the management of the Greece-FYROM naming accord (Prespa Agreement) by the government was problematic.

As is its wont, the ruling party did not place the national interest first. Instead, it aimed to cause problems for the opposition. It thus divided society and placed in doubt the ratification of the accord by the Greek Parliament.

As a result of these tactics, one sees public skirmishes over alleged secret deals and about which MPs will vote to ratify the agreement when it is tabled in the legislature.

Before they began unleashing accusations the PM’s office and SYRIZA should have cleared up its problems with its junior coalition partner, Panos Kammenos’ Independent Greeks. One day he says that he will withdraw his support and topple the government before the agreement is tabled, and the next that he will vote down the accord, withdraw from the cabinet, and continue voting with ruling SYRIZA in parliamentary votes.

Hence, the greatest problem is to be found in the ranks of the ruling majority, which negotiated and sealed the deal without any discussions with the opposition.

That was the decision of the prime minister, who ignored all those who from the start warned that foreign policy does not lend itself to opportunistic, petty partisan choices.

It was announced yesterday that the Parliament of the Former Yugoslav Republic of Macedonia will hold the crucial final vote on the constitutional amendments required by the Prespa Agreement on 15 January.

If as expected it approves the revision, Mr. Tsipras must definitively decide if he will continue to rule with a partner with whom he radically disagrees on a major issue, or whether he will opt for a clear-cut solution – allowing the electorate to decide who can best manage the day after.