Katrougalos declared that the naming accord guarantees Greek sovereignty and forbids FYROM’s intervention in Greek affairs. 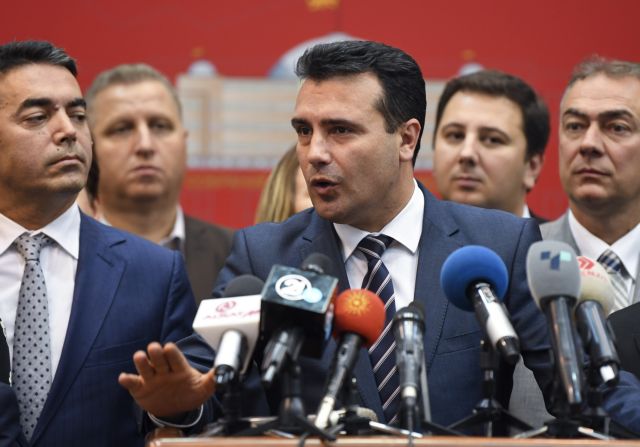 Alternate Foreign Minister Yorgos Katrougalos responded to FYROM Prime Minister Zoran Zaev’s assertion that in the future the teaching of the “Macedonian language”, which is recognised in the Greece-FYROM Prespa Agreement, may be taught in Greek schools.

An overwhelming majority of Greeks do not accept the existence of a Macedonian language or a Macedonian Ethnicity.

Katrougalos said at a briefing of diplomatic correspondents that Athens has not confirmed the precise wording of Zaev’s assertion, which has been carried by a small number of news media in FYROM.

However, the minister emphasised that Article 7 of the agreement specifically records the country’s language as a Slavic language, and that the last paragraph of that Article stipulates that Greece can continue to refer to the language as Slavo-Macedonian, which is what it is, he noted.

Katrougalos said that Athens has been told FYROM’s Constitutional revision will have wrapped up by the end of January, 2019, and he expressed confidence that the Greek Parliament will ratify the accord, if Skopje keeps its side of the bargain.

Accord forbids intervention by Skopje in Greek affairs

Katrougalos declared that the naming accord guarantees Greek sovereignty and forbids FYROM’s intervention in Greek affairs.

That includes attempts to have a say regarding Greek citizens of ethnic Slavo-Macedonian descent.

“We are monitoring developments regarding the Constitutional amendment process in FYROM [amendments stipulated in the bilateral accord], and we expect full respect for the letter and spirit of the Prespa Agreement. This is one of the instances in which we have demonstrated our country’s role as an agent of stability and of the resolution of chronic problems in our region,” Katrougalos said.

“When we have ascertained the precise wording of [Zaev’s] statement, if it diverges from the agreed upon framework we shall make our position known. Under no circumstance will we allow any doubts about the true content of the constitutional revision and its compliance with the commitments of the other side,” the minister underlined.

He said that Athens has open channels of communication with Skopje at all levels, and that authorities there are cognizant of their obligation and that they are receiving clear messages.

At the same time, he stressed that Athens absolutely respects FYROM’s Constitutional reform process as the highest expression of popular sovereignty.