Parliament refuses to lift Kammenos’ immunity to be tried for slander

Kammenos was sued by Miranda Xafa and Haris Makkas for slander, after he had claimed that they profited from inside information on Greece’s bankruptcy by buying and then selling Credit Default Swaps. 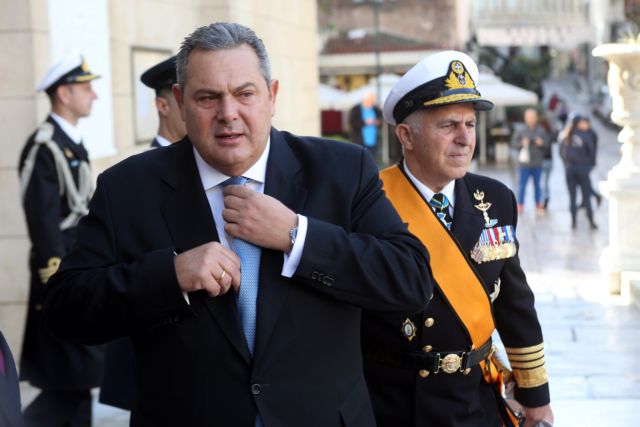 A plenary session of parliament has rejected a prosecutor’s request to lift the parliamentary immunity of Defence Minister Panos Kammenos, so that he could go on trial for suing on false charges and slandering Miranda Xafa (an economist who has served as Greece’s representative to the IMF), Haris Makkas (an investment manager at IJ Capital, as was Xafa), and journalist and commentators Elias Kanellis.

The vote was 118 MPs against lifting Kammenos’ parliamentary immunity and only 34 in favour.

Kammenos was sued by Xafa and Makkas for slander, after he had claimed that they profited from inside information on Greece’s bankruptcy by buying and then selling Credit Default Swaps (CDS) at a great profit.

Elias Kanellis was sued after commenting on the case in a television news panel and after testifying against Kammenos in a related court case.

Meanwhile, Parliament decided to lift the immunity of Golden Dawn MP Yannis Sahinidis, for suing on false grounds. All 151 MPs present in the chamber voted unanimously.