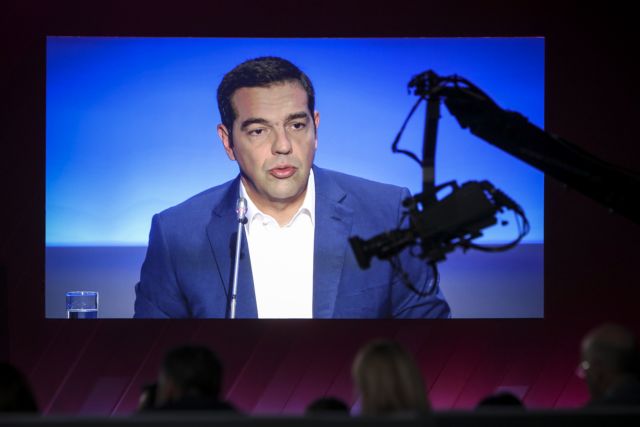 The government is sparring with Greece’s creditors over the pension cuts issue, as the line from Brussels is that Athens cannot at once scrap legislated pension cuts and implement all the anti-austerity measures that Prime Minister Alexis Tsipras announced at the September Thessaloniki International Fair, especially since revised divs on Greece’s growth rate in 2019 have pared back the initial 2.4 percent projection down to two percent.

Contrary to that projection, the government maintains that not only will there be no need to cut back some of the 750mn euros in handouts announced by the PM in Thessaloniki, but that the spending package will be even larger, to the tune of around 900mn euros.

The measures that are expected to be sacrificed for the sake of averting pension cuts include a reduced ENFIA real estate tax, a cut in business taxes and in taxes on dividends, the payment of taxes in 120 instalments, and a reduced “social dividend” for lower income brackets.

Creditors believe that there will be a 300mn euro shortfall, and are demanding that the Thessaloniki package be pared back, according to sources.

The finance ministry insists that the ENFIA tax will be cut by 10 percent in 2019 (up to 30 percent on small property holdings), and up to 50 percent in 2020. If creditors insist, then the ENFIA cuts for 2019 will be limited or implemented over four years.

When the government had legislated the pension cuts, it had also passed a cut in the ENFIA tax as a counter-measure for 2020 and not for 2019, with specific limitations and discounts.

Meanwhile, ongoing negotiations are looking at whether the pension cuts will be revoked completely or merely postponed, as lenders are linking the move to the annual primary surplus.

The government has announced that business taxes will be reduced from the current 29 percent to 25 percent over four years, and there will be a one percentage point drop in 2019. If lenders insist, then that reduction will have to be postponed for the coming years.

The “social dividend”, which was to have been disbursed in December, will be slashed from the 730mn euro level of 2017, and this year it will be reduced to 450mn euros. The exact amount of the cut will depend on the final projection for the 2018 primary surplus and by how much the target is exceeded.

The government has committed itself to doubling the heating fuel subsidy, from 60mn euros to 120mn euros. It is believed that the additional amount will be cut from social dividend funding.

Finance Minister Euclid Tsakalotos has argued that as regards both pension cuts (which he says is not a structural reform but rather an unnecessary revenue-raising measure) and anti-austerity measures, the amount that exceeds targets will suffice for 2018 and 2019.

For their part, creditors are saying that Athens must prove that it is exceeding the 3.5 percent primary surplus target, that legislated measures must be respected or discussed with them, and that anti-austerity measures can be implemented only if there is sufficient fiscal space.