Editorial: A plethora of promises

With the well-known method of robbing Peter to pay Paul, Mr. Tsipras is now playing in a new performance, with the announcement that he is planning the hiring of 10,000 more civil servants 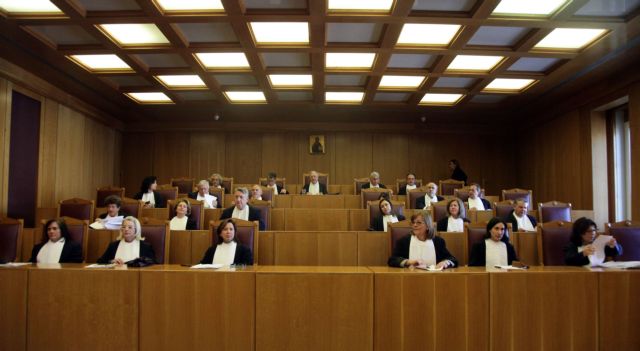 The pre-electoral fairytale that Mr. Tsipras and his ministers are feeding the public has reached new, glorious heights. As is his wont, the PM is pledging right and left, hoping that he can cash in at the ballot box.

Having solved with the help of the Lord’s Left to resolve the issue of a Church-State separation with the well-known method of robbing Peter to pay Paul, Mr. Tsipras is now playing in a new performance, with the announcement that he is planning the hiring of 10,000 more civil servants. Of course he cannot do that now, despite the August exit from the bailout memorandum as creditors are still scrutinising every fiscal move, but it is politically costless to declare today what will supposedly happen in 2020.

That was preceded by another play, in which the PM portrayed as an act of moral responsibility the payment of arrears to uniformed officers, judicial functionaries, doctors, and university professors, which the government was forced to do by a ruling of the Council of State. As he would have it, Mr. Tsipras is handing out money because he feels the need to be morally consistent, in contrast to his ruthless predecessors.

Naturally, he forgot to mention that a Μay, 2016, law, which was introduced by former labour minister Yorgos Katrougalos and passed by parliament, already provided for the implementation of the Council of State’s ruling. That is why that law provided for a recalculation of pensions, so that if anyone pursued their claim in court, they would be told that they are already receiving more than the amount to which they are entitled.

That, of course, is a minor detail for a prime minister who came to power promising that he would tear the bailout memorandum to shreds, send “Madam Merkel” back home, and abolish the ENFIA real estate tax.

These self-confessed self-deceptions of Mr. Tsipras were obviously quickly forgotten, as he swiftly proceeded to sign a new bailout memorandum and to fully enforce the resulting obligation to produce high primary surpluses. Thanks to that, he can now play the role of the generous leader who redistributes as much money as creditors will allow, from that portion of the primary surplus that exceeds targets.

This being an electoral period, the prime minister resorted to what he does best – handing out pledges, hope, and visions, as only he has the moral advantage of consistency and truth.

Nobody ever lost by making pledges, as some in the old political system, which he constantly scorns, used to say.