The PM, as is his wont, is using the Constitutional revision as a tool, not in order to solve real problems, but ras a vehicle for opportunistic, vote-mongering interventions. 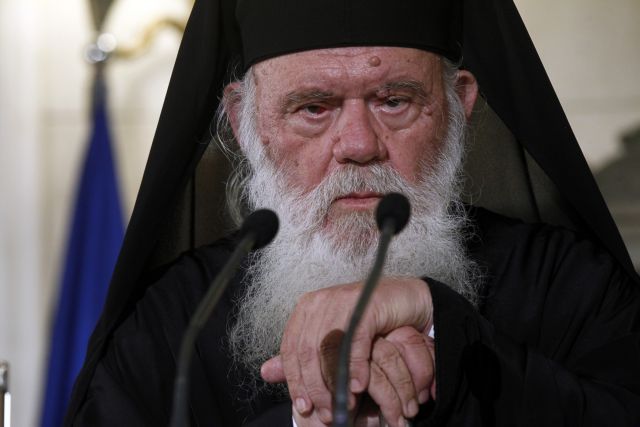 In one of his usual communications ploys, Prime Minister Alexis Tsipras is attempting to transcend the obstacles to the separation of Church and state by reaching an agreement with Archbishop Ieronymos that creates a sensation, but in essence puts off the problem.

Similarly, SYRIZA’s proposed Constitutional amendments on the one hand retain the recognition of Eastern Orthodoxy as the prevailing religion, and on the other declare the religious neutrality of the state.

The PM in his remarks after meeting with the Archbishop yesterday maintained that his aim is to bolster the autonomy of the Orthodox Church of Greece vis a vis the Greek state, while at the same time recognising its contribution and historical role in the birth and identity of the modern Greek state.

He believes he is achieving this by transferring the obligation to pay the clergy to the Church, once the state will have first transferred to it the requisite funds from the state budget, which will always be adjusted in line with any wage changes, upward or downward, in the pay of civil servants.

With this approach, Mr. Tsipras obviously believes that he is at once serving the Church, not bothering voters, and playing the reformer.

Obviously it is a slight improvement on the current status quo, but it is a far cry from SYRIZA’s declared position in favour of a complete Church-State separation.

Undoubtedly, the vast majority of Greeks espouse the Orthodox faith. In a contemporary democracy where the rule is religious freedom, however, the Orthodox Church cannot have a dominant position in public and social life. This has been demonstrated in various ways, including clashes over religion courses in schools, the privileged treatment of Orthodox places of worship, and the plethora of religious icons in public places.

It seems that the PM, as is his wont, is using the impending Constitutional amendment process as a tool, not in order to solve real problems, but rather as a vehicle for opportunistic and vote-mongering interventions.