‘Yesterday’s referendum in FYROM was completed with an overwhelming majority voting ‘Yes’, which is a positive development on the path toward ratifying and putting into effect the Prespa Agreement,’ Tzanakopoulos noted. 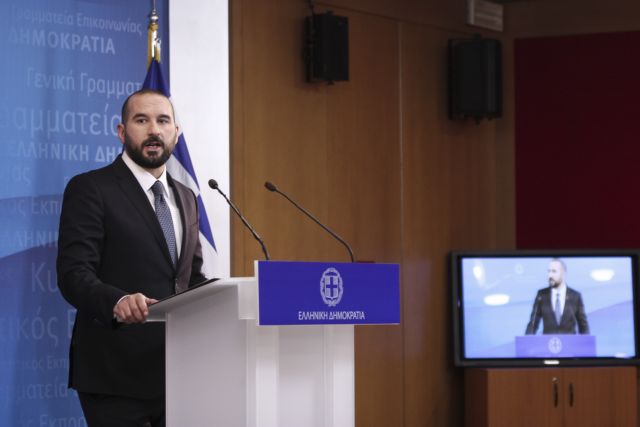 Government Spokesman Dimitris Tzanakopoulos at a press briefing today defended Defence Minister Panos Kammenos, after the latter said that the FYROM referendum is invalid according to FYROM’s Constitution, which indicates over 50 percent of registered voters must participate for it to be valid.

Either way, it is consultative and non-binding, under the FYROM Constitution.

Tzanakopoulos said that Kammenos’ statement was a legal interpretation.

“Mr. Kammenos had projected that it would be very difficult for the Prespa Agreement to pass in FYROM. He has the right to believe he is correct. Indeed, there will be difficulties. We continue to support the effort to preserve the dynamic of the ageeement,’ Tzanakopoulos said, noting that the government is elastic as to the timing of ratification by the Greek Parliament.

‘We are awaiting Mr. Zaev’s initiatives. The essence is crucial, to meet the preconditions for ratification of the agreement in Greece. We must not let the opportunity be lost. It will not be an obstacle if FYROM goes to a general election. Perhaps there will only be a delay,” the spokesman said.

“Yesterday’s referendum in FYROM was completed with an overwhelming majority voting ‘Yes’, which is a positive development on the path toward ratifying and putting into effect the Prespa Agreement,” he noted.

Tzanakopoulos said that the Greek government is concerned about the fact that the low citizen turnout highlights that a large segment of the citizenry views the agreement with skepticism, and in the end the crushing majority of the ‘Yes’ vote is not politically binding for the opposition.

“The ball is now in the court of the FYROM Parliament, and we hope that the initiative of Mr. Zaev’s government regarding the amendment of the constitution will come to fruition,” Tzanakopoulos said.