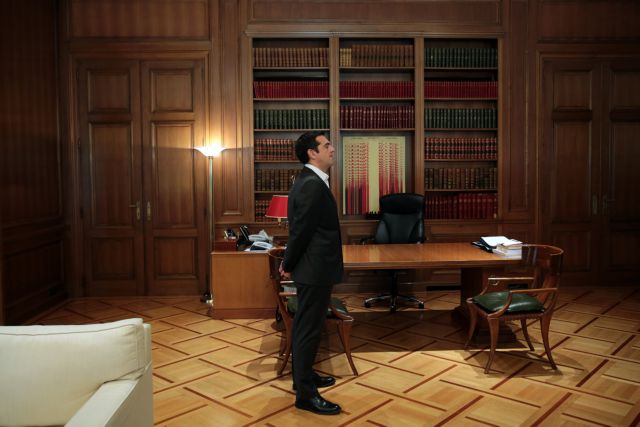 Rampant speculation about the timing of the next general election, which has been fueled by the government and the prime minister himself, is directly linked to the issue of pension cuts.

The certainty expressed by the PM’s office that creditors will be persuaded to suspend the measure contradicts strong indications to the contrary. The European Commission dismissed the prospect today.

Greece is taking its first steps in the post-bailout memorandum era, even as government cadres celebrate the “clean exit” from the bailout programme and triumphantly declare their accomplishments over the last years.

Statements by the PM and Parliament Speaker Nikos Voutsis fueled scenarios of early elections. Voutsis indicated that the general election will not be held before local and European Parliament elections in May.

While thousands of pensioners have been submitted to an agonising wait for the outcome of the issue, and are thus being held hostage by the games of the government, there have been leaks that the 2019 state budget will not include pension cuts.

The finance ministry today, denying a report by the state-run Athens News Agency, said that there has been no deal with creditors on suspending or canceling pension cuts.