Clearly, the prime minister is attempting to maintain a balance between his electoral planning, the pressures from within his party, and the country’s commitments to creditors. 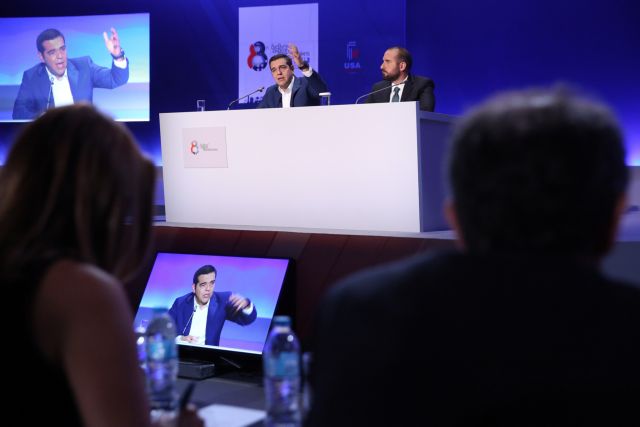 Prime Minister Alexis Tsipras’ address at the Thessaloniki International Fair had a sole objective. He wanted to give the impression that the government and he personally want to ameliorate the suffering of lower income social groups, which have been hurt most by the crisis and its repercussions.

The PM announced measures and promises which will be implemented over a four-year period – as if the government will be in power until then. The said measures will minimally improve the economic position of lower income social groups and, of course, will not alter the basic elements of economic policy.

The issue of suspending or abolishing legislated pension cuts, which has been made a dominant issue by government cadres, essentially depends on whether creditors accept the arguments of the Greek side.

It is obvious that Mr. Tsipras did not risk – amidst an alarming climate in the markets – causing a rift with creditors.

Warnings from abroad are constant. Yesterday, ESM chief Klaus Regling hastened once again to clearly warn that debt relief measures agreed to by the Eurogroup can be suspended if the adjustment programme is not strictly implemented.

Clearly, the prime minister is attempting to maintain a balance between his electoral planning, the pressures from within his party, and the country’s commitments to creditors. The clean exit from the bailout memorandum that the PM constantly invokes is anything but that, because the basic framework of economic policy is subject to the constant surveillance and approval of creditors.

The much-desired return to the markets may not be immediately necessary, but it is a basic presupposition for Greece to be viewed by others as a normal country.

Just development, which the PM also invokes constantly, depends absolutely on the restoration of investors’ trust and the access of the Greek banking system to money markets, which under current conditions in the markets is anything but easy.

Despite the optimism that Mr. Tsipras attempted to exude, Greece is a long way from being considered a normal European country. The road ahead is long and hard, and it is not facilitated by the polarised pre-electoral climate that now prevails in the country.

The path forward is hindered by populism, a lack of trust in the political system, and the chronic ailments of a counter-productive and anti-social state mechanism.