Turmoil in the PM’s office

Although many avoid shows of support for Prime Minister Alexis Tsipras and the government, on the sidelines there are barbs about the communications and political management of the crisis. 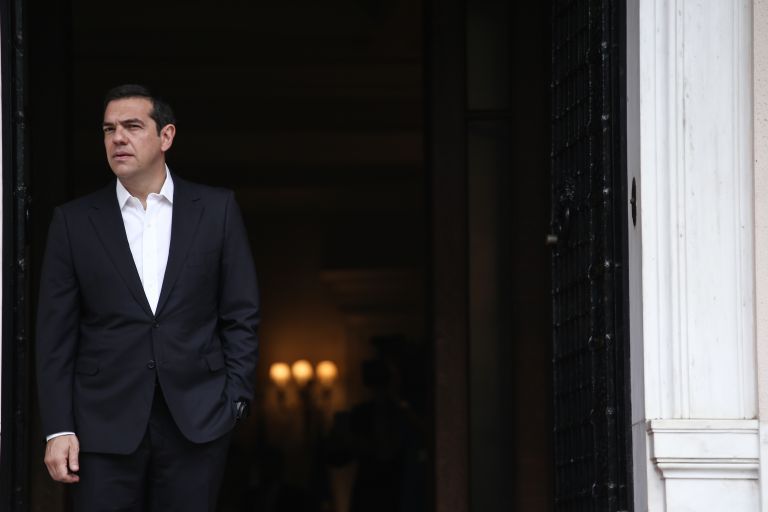 Share
The operation to protect Alexis Tsipras from the fallout from the disastrous fire continues, but in the government the situation is explosive. The total absence of sensitivity, so as to have a clear apology and resignations over the fiasco, has produced nervousness and a civil war-type climate.
It is no coincidence that top ministers and cadres have chosen to distance themselves from the affair and the blame game. They also want to register their displeasure with the leading divs in the tragedy.
Top divs such as Digital Policy Minister Nikos Pappas, Finance Minister Euclid Tsakalotos, and the so-called group of 53 (a sort of internal opposition), have taken themselves out of the picture, and most ministers have done the same.
The joint appearance of Environment Minister Yorgos Stathakis, Interior Minister Panos Skourletis, and Alternate Environment Minister Socrates Famellos, the effort by Infrastructure Minister Christos Spirtzis to justify the unjustifiable, and Alternate Defence Minister Fotis Kouvelis who offered a tepid apology, was the government’s only contribution, 10 days after the national tragedy.
Sources say that there is great annoyance in the PM’s office over the communications “Waterloo” in the last few days, and they blame government spokesman Dimitris Tzanakopoulos and the staff of the director of the PM’s press office, Thanasis Karteros.
There is talk of Digital Policy Minister Nikos Pappas returning to the PM’s office, from which he had been banished due to his botched handling of the issuance of television licenses.
Government’s image harmed
Despite the efforts to reverse the climate by focusing on illegal buildings and attacks on Facebook, the PM’s office is well aware that it has suffered a major communications defeat.
They know that there has been decisive damage to the image of the government and the PM, however hard he may try to stay out of the limelight.
Even as the residents are struggling to stand on their feet, the prime minister is staying in his office and making only communications-oriented appearances, such as the recent one on environmental change with physicist Christos Zerefos and seismologist Efthimios Lekkas.
As Ta Nea reports, amidst the popular outcry power games that are in process in the government are creating fissures in the comradely relations in the government. That is because the main aim is to politically save various individuals.
Although many avoid shows of support for Prime Minister Alexis Tsipras and the government, on the sidelines there are barbs about the communications and political management of the crisis.

Even Dimitris Stoumbos, the managing director of the SYRIZA-linked newspaper Avgi, said that there should be resignations.
The explosive situation in the PM’s office will continue until the radical reshuffle that Tsipras plans both in the government and the party.