The president of the Athens Chamber of Commerce and Industry, Konstantinos Michalos, has been expelled from main opposition New Democracy, which labeled him a Trojan Horse. 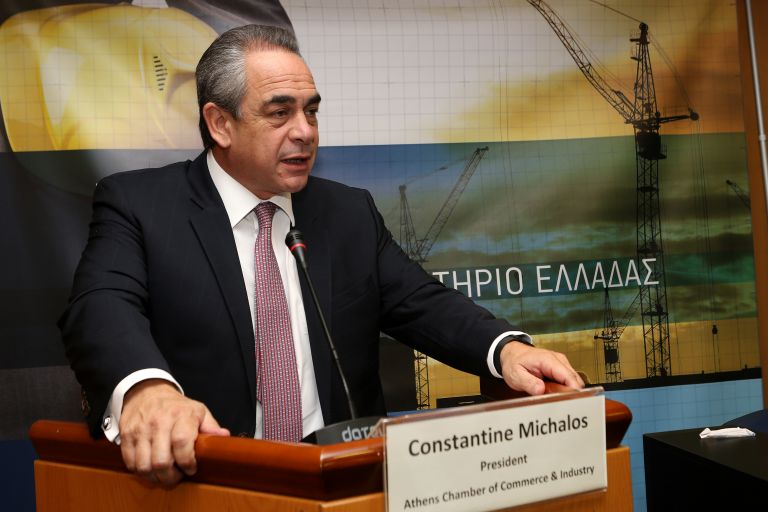 The president of the Athens Chamber of Commerce and Industry, Konstantinos Michalos, has been expelled from main opposition New Democracy, which labeled him a Trojan Horse.

Michalos had caused consternation in the conservative party as he agreed with government positions on key issues on which ND had an opposing view. There was even talk and articles that he might be appointed to the cabinet.

While ND leader Kyriakos Mitsotakis fervently opposed the FYROM-Greece naming accord, Michalos said he was optimistic that it would improve commercial relations between the two countries.

He also approved of the Eurogroup’s decision on debt relief for Greece, which ND criticised, after he had been warned that his overall stance was not in line with the party’s policy choices.

The party’s ethics committee reviewed Michalos’ public statements and expelled him. The move is viewed as a stern warning to intra-party dissidents.

New Democracy’s statement is as follows: “Based on the provisions of the charter of New Democracy, which considers it self-evident that one will uphold and respect the principles, values, and basic positions of the party, Mr. Konstantinos Michalos is as of today, Wednesday 27 June 2018, expelled from the party. The decision was taken by the Central Ethics Committee of New Democracy, which convened this afternoon. There is no room for Trojan Horses in New Democracy.”
Dimitra Kroustalli
Φώφη Γεννηματά – Προσέξτε την ενότητα της παράταξης
Ακολουθήστε