According to the Petersen Institute, even if the debt relief measures agreed to by the Eurogroup were implemented completely, the Greek debt would not be rendered viable, and a nominal reduction of the debt would be necessary. 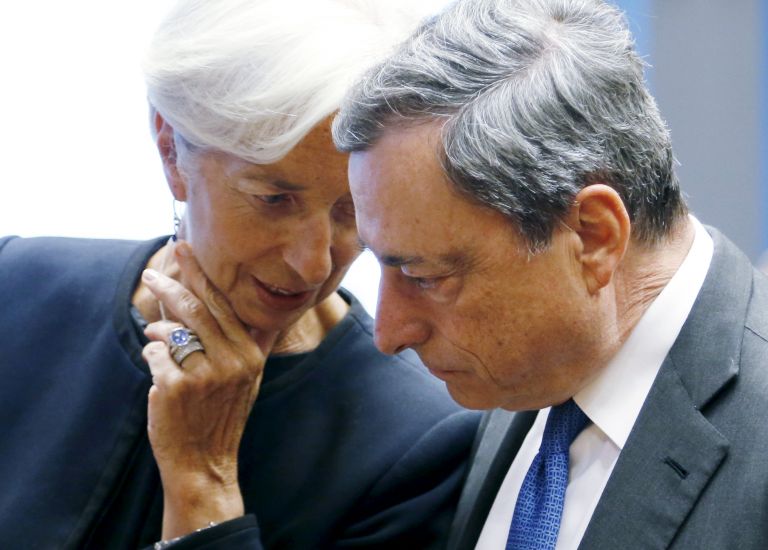 Representatives of the EU, the IMF, the ECB, and the European Stability Mechanism (ESM) – along with key eurozone finance ministers such as Germany’s Olaf Scholz – will hold discussions at the end of the week, on the sidelines of the IMF’s spring meeting in Washington.

The whopping 330 billion euro Greek national debt, seventy percent of which is in the hands of European creditors, must over the long haul be replaced with market borrowing, and the issue according to BNB Paribas is to persuade markets that this transition will lead to manageable borrowing needs.

According to the assessment of the Petersen Institute, even if the debt relief measures agreed to by the Eurogroup were to be implemented completely, the Greek debt would not be rendered viable, and a nominal reduction of the debt would be necessary, as long as it does not violate European rules. If Greece exits the programme with the Eurogroup measures alone, even under the best case scenario the debt will not be viable by the end of 2020, and sooner under a less favourable scenario.

European lenders have ruled out a haircut, but they are willing to provide relief in ensuring that gross financing needs do not exceed 15 percent of GDP in the medium-term, and 20 percent in the long term.

In May, 2016, the Eurogroup had announced a willingness to offer medium-term debt relief by extending maturities, and postponing interest payments on 2012-2014 EFSF loans, which are the bulk of Greece’s official debt.
But a number of other measures have also been placed on the table in efforts to bridge the chasm between the IMF and Greece’s European creditors as regards debt relief.