Athens and Washington have decided to use either a 1992 military cooperation agreement, or one of 100 other bilateral agreements, as the legal basis for the stationing of the drones, without requiring approval from the Greek parliament 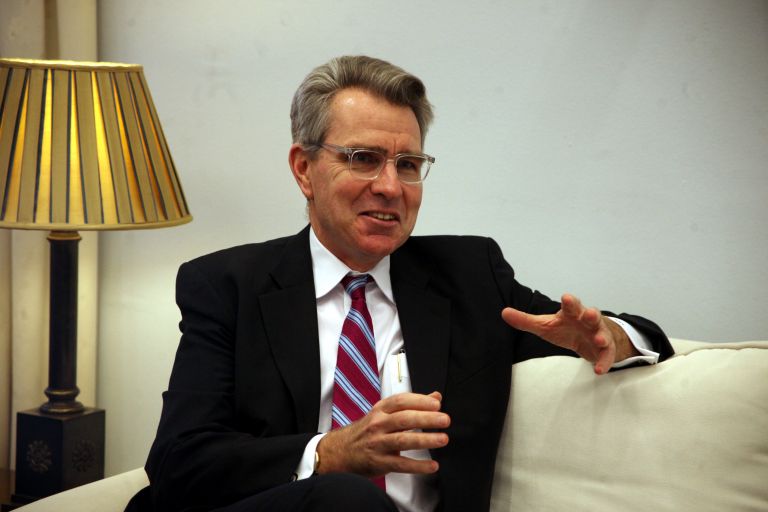 American Unmanned Aerial Vehicles (UAV), or drones, are expected to start operating at the Larissa Air Force base within the month of May, after nearly five years of diplomatic and military discussions.

Athens and Washington have decided to use either a 1992 military cooperation agreement, or one of 100 other bilateral agreements, as the legal basis for the stationing of the drones, without requiring approval from the Greek parliament.

Expert US military personnel have been working on the infrastructure at the Larissa air base for the last several weeks, so as to allow the stationing of MQ-9 Reapers, which will focus on information-gathering, surveillance, and reconnaissance, in an exceptionally sensitive region.

It is yet another move toward the deepening of the already extensive US-Greece military cooperation, which, not coincidentally, coincides with a rapid deterioration of US-Turkey relations.

In that context, the transfer of a significant portion of the US presence at Turkey’s Incirlik base to Greece was discussed during the recent visit to Athens of US Assistant Secretary of State for European and Eurasian Affairs Wes Mitchell, a technically challenging task. It is unknown where the fifty B-61 nuclear bombs currently at Incirlik would be moved in the event of a complete US pullout, but Athens does not want them on Greek territory.

Over the last two years, Washington has once again turned its attentions to the geographic area of Greece, in part because of the expansion of Russian military activity in Eastern Europe, the Black Sea, and the Mediterranean.

The increased cooperation in the region has been evidenced in a series of joint military exercises, most recently with the Iniochos 2018 exercise (with fighter jets from the US, the UK, Italy, Israel, the United Arab Emirates and Cyprus) at the Andravida Air Base.

In this regard, the Aegean and northern Greece have attracted Washington’s attention. US Ambassador to Athens Geoffrey Pyatt has often cited the strategic significance of the ports of Alexandroupolis and Thessaloniki.

Alexandroupolis in particular offers important roadway and port infrastructure for the swift transport of military materiel, needed to bolster US participation in the rotating Nato presence in Eastern European countries.

The Port of Thessaloniki is of comparable strategic significance.

In addition, there is a US interest in the Neorion Shipyards on the island of Syros.

In the context of enhanced military cooperation, Washington is interested in assisting the Greek military in conducting more effective operations in the Aegean and the Mediterranean.

The inclusion of the P-3 Orion maritime patrol and reconnaissance aircraft in the equation will be an important step in patrolling the area south and southeast of Crete. The acquisition of Chinook and Kiowa helicopters will also bolster the Greek arsenal.

Another key move in enhancing Greek defences is the upgrade of 85 F-16 fighter jets, for which Athens has requested financial assistance from the US Department of Defense.