‘In 2017, growth in Greece was 1.6 percent, and in 2018 we project that it will rise to 2.5 percent. The longer GDP remains on a positive course, the more substantial the debt relief measures will be,’ Moscovici said. 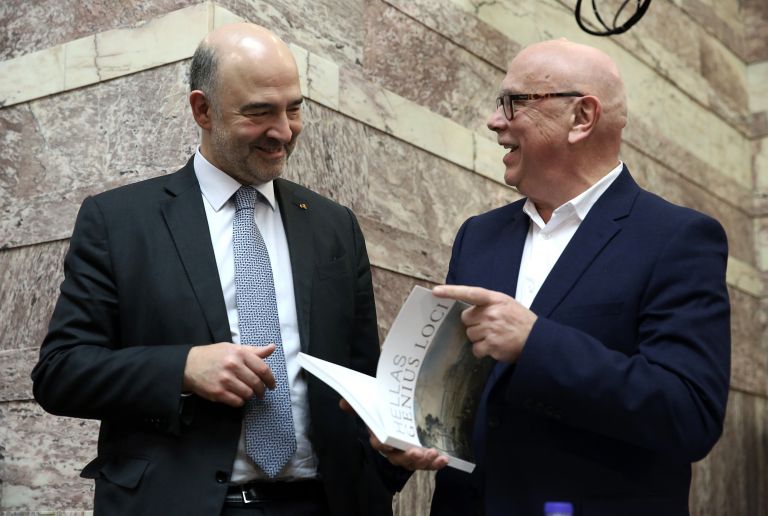 The European Union’s Economy and Finance Commissioner, Pierre Moscovici, expressed confidence in Greece’s path toward growth and in the political will of the government to successfully complete its fourth and last bailout review, opening the way to a restructuring of the debt.

Moscovici was speaking at an Economist Conference in Athens Thursday night, where Labour Minister Effie Achtsioglou announced that the government intends to raise the minimum wage after Greece exits the bailout programme in August.

Moscovici said that Greece has gone 80-90 percent of the way towards becoming a “normal country” in the EU, but stressed that continued vigilance and fiscal discipline are needed.

The Commissioner expressed support once again for a restructuring of the Greek debt, and he noted that the Eurogroup Working group earlier in the day had reviewed a European Stability Mechanism (ESM) plan on addressing the debt relief issue.

Moscovici underlined that no debt relief measures will be implemented until Greece completes its fiscal adjustment programme and exits the current memorandum, in August.

At the same time, he categorically dismissed the prospect of a classic debt haircut, or write-down, which he said was not a viable option, but expressed support for linking the debt to development, meaning the payback of loans will be in some way proportional to the country’s growth rate.

“In 2017, growth in Greece was 1.6 percent, and in 2018 we project that it will rise to 2.5 percent. The longer GDP remains on a positive course, the more substantial the debt relief measures will be,” Moscovici said.

Expressing confidence that Greece will successfully complete its fiscal adjustment programme in the summer, Mocovici said that there will be an opportunity at that time for Europe to push ahead with reforms that will bolster the European institutions and allow them to operate to the benefit of the peoples of the EU.

In that regard, he cited plans for a eurozone-wide finance minister and spoke of the need for investments and for the protection of the social Europe.