The PM has defended his ministers’ criticism of judicial decisions, such as the move to throw out the review of CDs and other lists of citizens with huge amounts in bank deposits abroad and in offshores. 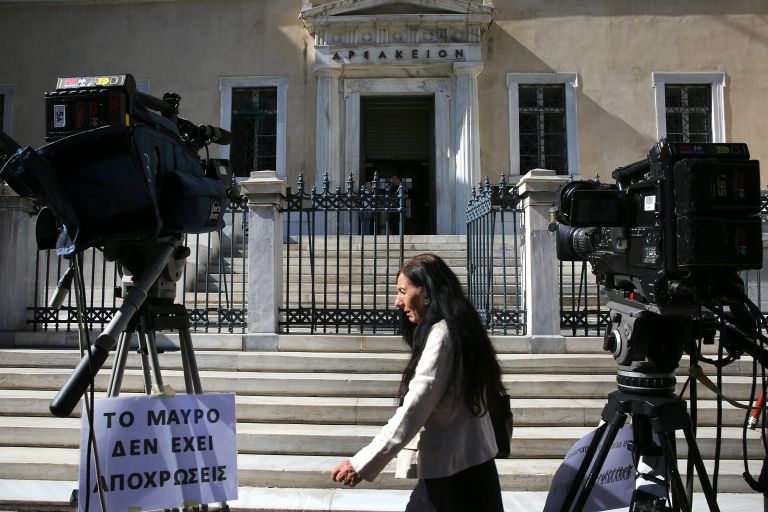 The government’s deteriorating relationship with the judiciary has worsened after yesterday’s decision by the Council of State to annul in toto a ministerial decision that set the terms under which judges, prosecutors and others submit mandatory declarations of property and assets.

The response that was leaked by the prime minister’s Maximos Mansion office suggests that Alexis Tsipras is prepared for a duel to the end with the judiciary. “We shall see in the end who will tire and wear out first,” is the message that the PM’s office reportedly sent to the judiciary.

The PM has defended his ministers’ criticism of judicial decisions, such as the move to throw out the review of CDs and other lists of citizens with huge amounts in bank deposits abroad and in offshores.

Effectively, the government is depicting the judiciary as an elite, privileged class that is resisting financial checks, including the requirement to declare cash and valuables stashed away in bank safety deposit boxes, and is arguing that any citizen has a right to judge their tactics and self-interested rulings.

Council of State President Nikos Sakellariou had already charged Justice Minister Stavros Kontonis with “raw intervention” in the work of the judiciary, arguing that the government is trampling on the constitutionally guaranteed separation of powers, over his criticism of judicial rulings.

A resolution regarding limits on judicial independence passed by the Association of Judges and Prosecutors two days ago added fuel to the fire.

The resolution expressed intense concern over growing limitations placed on judicial independence internationally, and the resulting de facto challenge to the basic democratic principle of the separation of powers – executive, legislative, and judiciary.

“We call upon the government to protect fundamental constitutional principles and to bolster judicial independence, by taking suitable measures in cooperation with associations of judges,” the resolution stated.

The judges and prosecutors stressed the need to “avoid institutional clashes and systematic attacks on judicial functionaries, which is the necessary condition for the smooth operation of the state”.