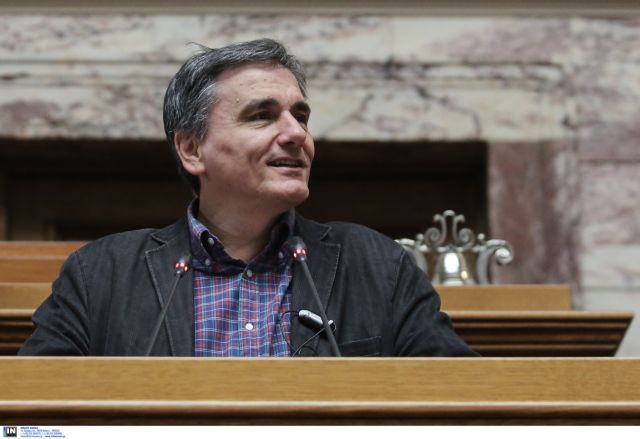 The Minister of Finance Euclid Tsakalotos has responded to the IMF claims that it is not asking for further austerity, arguing that the Funds is pushing for spending cuts to ensure that challenging bailout targets are hit. The Finance Minister commented on the IMF’s recent claims to the Guardian.

“Greek expenditure on both pensions and other subsidies is about 70% of the EU average and 52% of that of Germany. Is it likely when around 45% of pensioners receive monthly payments below the poverty line of €665, and almost four million people, that is more than a third of the population, have been classed as being at risk of poverty or social exclusion, that Greece’s main problem is that pensions and tax credit allowances are too generous?

At the same time, the only reason why more people are exempt from paying income tax is that fewer people have decent incomes. So the IMF that is supposedly rethinking the relationship between development and inequality, and is rightly emphasizing the importance of inclusive growth, seems to be unaware that further reducing pensions and the tax credit allowance cannot but fail to increase both inequality and social exclusion. But at least then the numbers will add up.

Some member states were supporting the position that the 3.5% figure should be preserved for ten years; others were working towards a compromise of five years. The Greek position was that neither would work for Greece and we suggested the compromise of going down immediately to 2.5%, but agreeing with the institutions that the one percentage point reduction from 3.5% should be spent entirely on reducing taxes on small and medium sized enterprises, thus enhancing competitiveness and growth. What was the IMF response? The IMF argued within the Eurogroup that: “It doesn’t matter to us whether it is three, five or ten years of high surpluses, we will still need to see more measures to make the numbers add up since we don’t think that 3.5% is achievable without such measures”. It did not bother to address our compromise suggestion.

So Greece has not “agreed” to anything yet. However, it is under intense pressure from its creditors to do so. The IMF has done little to alleviate that pressure. Instead of having the courage of its convictions and helping us reduce the size and/or the timespan of the surpluses, it is putting all the pressure on us to specify new austerity measures for 2019 and beyond.”