Stiglitz and Dijsselbloem disagree on Greece and the euro 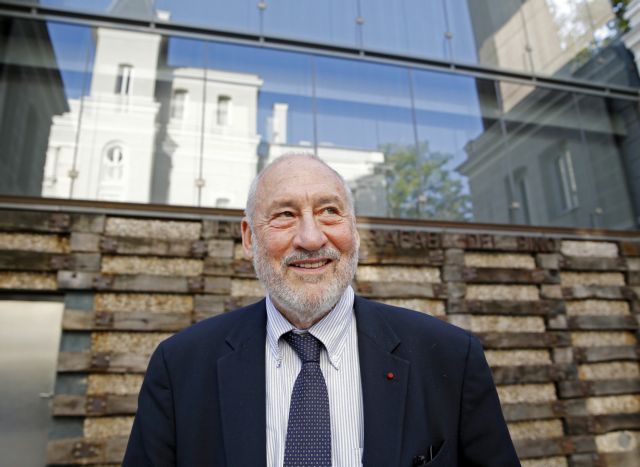 American economist and Nobel laureate Joseph Stiglitz and the Eurogroup chief Jeroen Dijsselbloem clashed over the euro and Greece, at an event held at the University of Amsterdam.

The event was dedicated to the latest book by the American economist entitled “The Euro: How a Common Currency Threatens the Future of Europe”. During the event, Mr. Stiglitz argued that Greece’s problems will persist without a growth push, while Mr. Dijsselbloem claimed that Greece must focus on reforms.

According to the Nobel laureate, the situation is Greece will further deteriorate, adding that when structural reforms are imposed on a State, as in the case of Greece, they are unlikely to deliver. He also estimated that Europe’s inefficiencies will result in huge losses.

In order to overcome the problems, the American economist underlined the importance of establishing a single bank deposit guarantee system, a common unemployment fund, introducing Eurobonds and the developing a solidarity fund. He stressed that Europe needs to demonstrated greater solidarity, particularly to the southern members, to avoid a collapse and further divisions in the Eurozone.

During the event the Nobel laureate praised the former Finance Minister Yanis Varoufakis, noting how he is an excellent economist and perhaps the most knowledgeable Minister of Finances in Europe. Mr. Dijsselbloem agreed in part, adding that due to this Mr. Varoufakis had an air of superiority that made developing good working relations with his colleagues difficult.